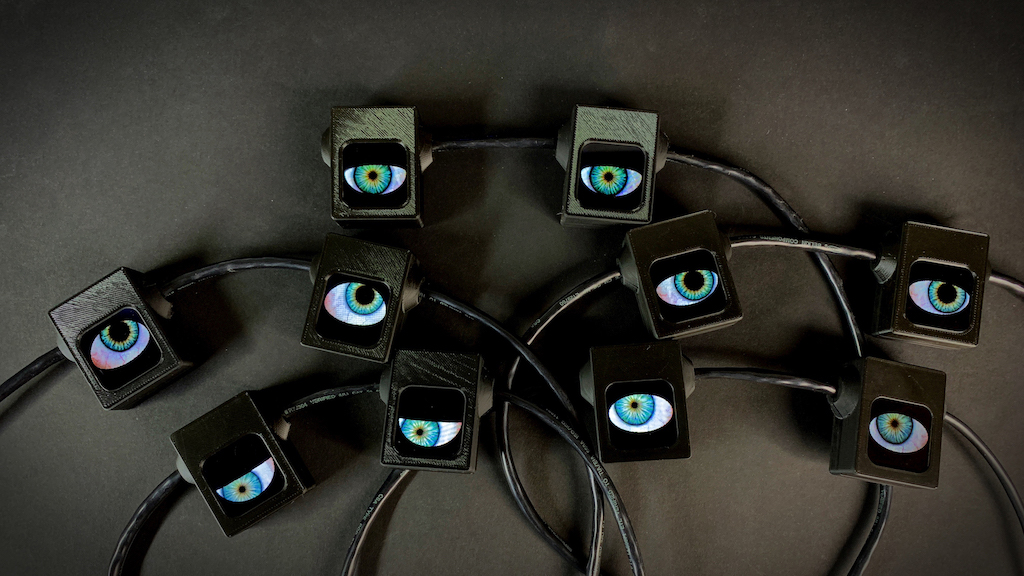 I have reached out to author but have not heard back.

willing to pay for project work of course

Most Helpful Member
You can buy individual ready built (uncased) eye modules that have both the MCU and display built in, from suppliers such as Mouser:

Or at a rather higher cost on ebay: 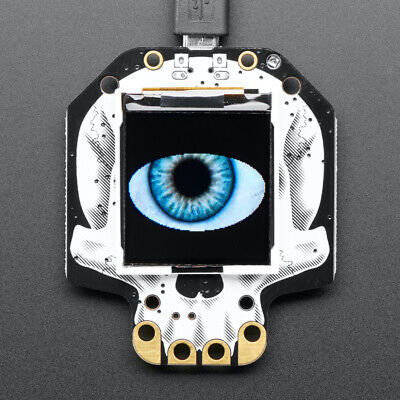 On the front of the board there is a 1.44 "color TFT with a resolution of 128 x 128 pixels. The example code shows an animated eye, but you can also use the display for other purposes. The HalloWing M0 is similar to the Feather M0 Express and is also based on an ATSAMD21. However, it has a wide...
www.ebay.co.uk

Thank you I have actually ordered two of the hallowing m0 expresses last week. Is there way to chain them together like the referenced project ?

Most Helpful Member
If I understand it correctly, the sudomod code on github can run up to four displays (screens) per MCU; that's why there are chains, one module presumably contains a display and the MCU, the others only have displays.

I'd guess you could also daisy chain up to three extra displays from the integral MCU/display module.
Last edited: Sep 20, 2021
B

Thank you for the feedback and links. Much appreciated

Most Helpful Member
For info, I've done a bit of experimenting with this, it's just too novel to not build it!

The original Adafruit project (rather indirectly linked in the Sudomod article) shows one pair of shaped left/right eyes, with a slight inward bias as if they are focussed on
something.

Combine one or two Adafruit OLED or TFT displays with a potent ARM microcontroller (PJRC Teensy 3.1 or 3.2, Adafruit Feather and ItsyBitsy M0 and M4 boards) to create graphical animated eyes as a silent alternative to animatronics. They move! They blink! They react to light! They are creepy as hell!


The Sudomod version shows two eye images that move independently, on the left and right displays. It's intended to run two displays wired in parallel on each "channel" to show two identical eyes in each pair using the symmetrical eyelid config option, rather than one pair of shaped & tracking left & right eyes as the original version.

So: If you want a realistic pair of eyes, use the original Adafruit version. If you want more displays per MCU, at the cost of lower detail, use the Sudomod version.

The same wiring setup works with either, just use the same config file pin settings to match whatever arduino board you are using.
I also added an LDR to ground and pullup to 3.3V on a spare ADC pin for the iris control option, which gives another degree of weird realism with either code.

This is with the Adafruit version, which I think looks best - I'm not going to be building chains of them. It's also got the config option set for the "eyelids" to stay fully open rather than track the pupil, as I was considering mounting them behind an Inmoov eye mask section, for extra effect. 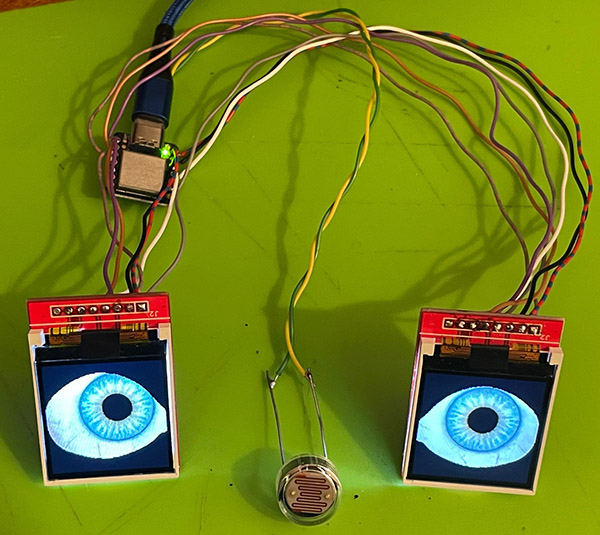 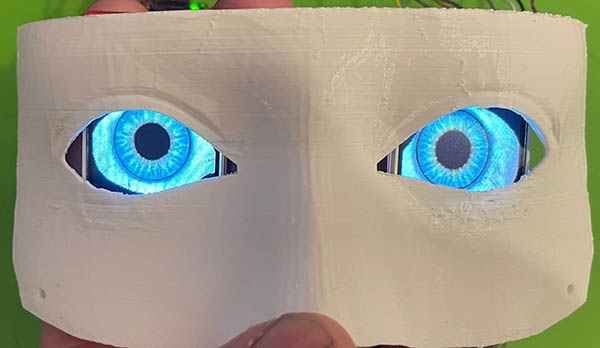 Thank you I appreciate the feedback. I actually purchased two hallowing M0 modules to achieve the effect I was looking for.
You must log in or register to reply here.

F
Wish to set up an electronics company in UK....how?