I need help knowing what switch to use (if any). I have only one 250V AC outlet in my garage which I want to use to power two different things. The first one is a large 60-gallon air compressor and the second is an RC charger (which at full capacity can draw a lot of current). I want a SPDT switch so that either the air compressor has power or the RC charger, but never at any time could both have power at the same time, because that would be too much current at once. Now, I know I could just manually plug and unplug each one whenever I want to use one, but I am lazy I guess and would rather just have it on a switch.


To do this, I think I need a switch that is capable of handling at least 20A continuous current at 250V, but to be safe, I should probably get something even higher, like 25A or 26A. The switch that came with my air compressor is rated for 26A at 240VAC. The circuit breakers in the wall are 20A each (two are bound together in the panel in series to make 125VAC into 250VAC), so that's why I am thinking I need min 20A.

Is there anything else I need to know in picking a switch? For example, I don't know a whole lot, I've never been to school for electrical engineering or anything (I am a CPA by trade) but I think that when I first turn it on, it could arc. So could there be a problem if, for example, I pick a switch that is rated for 20A on 240VAC and the switch on the actual air compressor is in the on position when I flip on the new switch if it is not rated properly for that initial burst of energy?

Sorry if I do not have the right terminology. Can someone help me know if what I want to do is even possible or an OK idea and what switch I could use?

Also, note that being in the RC hobby, I have some fairly decent soldering skills and I can build just about anything if I am shown how to do it.

Would something like this work? I can't tell very clearly whether it's rated in AC or DC. It's says "AC 660V" but don't they ussually say 660VAC, so I am not sure exactly if that really means the same thing or not. Hm, interesting.

Most Helpful Member
That cam switch should work perfectly; that type of thing was my first thought as soon as I started reading the question.

You could hard-wire it, or possibly better connect that to two new outlets so you can select which one is powered & plug in anything you need to either.

That claims to be 40A rating, though it's not clear if that is "thermal" rating - how much is can stand without being switched - or motor "AC3" rating. Probably thermal at the price..

The 26 in the part number may be the inductive load rating for motors, or could be something to do with size..
If you never switch it under load, it should last for years.

There is a 63A version further down the page, if you want to allow for longer life if it is switched under load? That should be fairly bombproof.
D

jocanon said:
I want a SPDT switch
Click to expand...

You should use a DPDT switch and switch both power wires to the sockets.

As far as I can tell you are in North America, so a normal 250 V outlet will be split phase, and so both power wires are live at 120 V so both should be isolated with the switch.

Even for European wiring, where 220 / 240 V sockets are live / neutral, it's a good idea to switch both with a switch like that, because live and neutral can be swapped without anyone noticing, and because a break in the neutral will lead to both live and neutral being live.

Switching just one power wire will turn on just one appliance in the way that you want but if you do that there are several types of faults that could make it more dangerous.
http://twitter.com/mtrak_uk

Thank you both for your help. I agree I should use a DPDT, that absolutely makes sense. As far as switching under load, I do not plan on ever doing so, however, I also would like to know that in the event it does happen, then it will not destroy anything. I mean, if it's set up to where it CAN happen, even if I plan on never doing it, it probably WILL happen at some point.

I don't think those cam switches I linked to above come as DPDT. Does anyone know a part that would work?
CPA by day, Hobbyist by night

Would this work? If you look at the datasheet, it says it's 30A for a resistive load on 250VAC. It says it's only 15A at 250VAC for an inductive motor though, so it might be pushing it if I were to switch the air compressor on with this switch, I don't know.

Most Helpful Member
The Mouser switch is SPDT, so it won't work. You need the SW3822.

My bad, you are right. I meant to link to this one:

So what do you think would be the better option between the Mouser switch SW3822, or the Chinese cam switch?
CPA by day, Hobbyist by night

Get One of these

be80be, I like that. My motor is 3.7hp "running". But I think that is only on-off. I need on-on, or in other words, a double throw, DPDT, I think that is DPST. Do you know if they make a DPDT version, or am I missing something, is there a way to make the version you linked to work as a dual throw so I can switch power between going to the air compressor and the RC charger?
CPA by day, Hobbyist by night 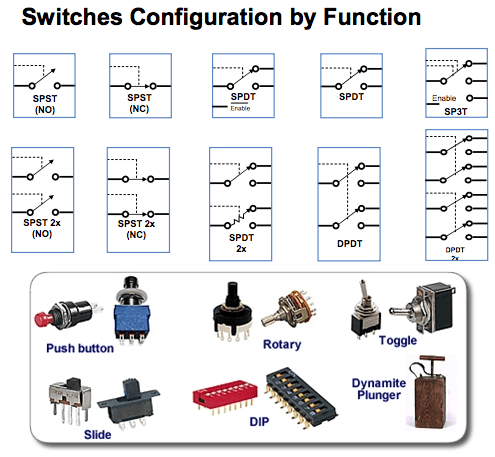 Like this better picture this is 40 amp one motor rated 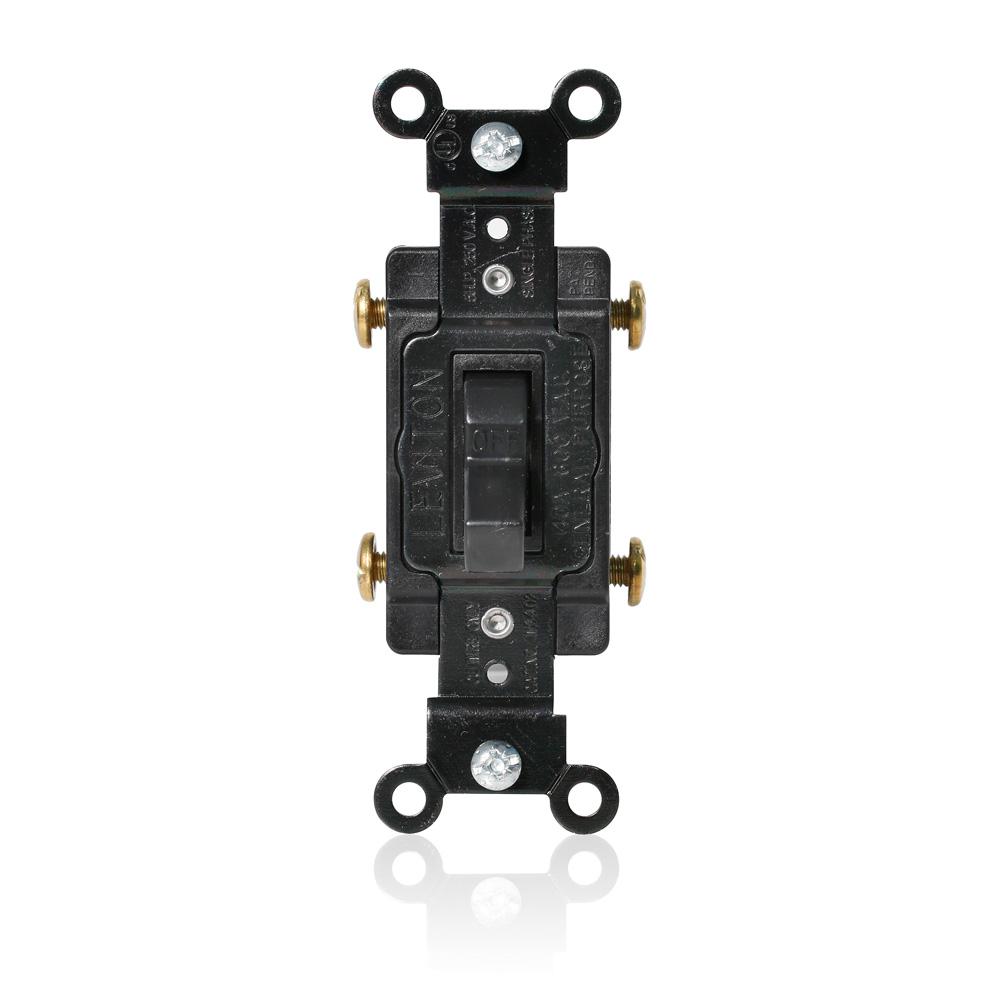 It would work just be careful hooking it up. I'd go to home depot and get one like I showed in the picture.
Burt
be80be
“No beard, no belly, no guru…”

be80be said:
It would work just be careful hooking it up. I'd go to home depot and get one like I showed in the picture.
Click to expand...

So either I am really just not seeing it, or the switch you linked to will not do what I want. I am pretty sure that the switch in your link when set to off will not make a connection. I need a switch that will make a connection in both positions, in position one, it connects the load one to power and load two is disconnected from power, then in position two it connects load two to power and load one is dissconnected. I do not see how the one in your link would do that. I think it would just connect load 1 in position one, then connect nothing in position 2. Am I mistaken?
CPA by day, Hobbyist by night

Guess I should of read your whole post
You need a switch that is dpdt 2x with center off the one you posted https://www.amazon.com/dp/B003AUIRNY
That will work sorry I should of read more.
Burt
be80be
“No beard, no belly, no guru…”

be80be said:
Guess I should of read your whole post
You need a switch that is dpdt 2x with center off the one you posted https://www.amazon.com/dp/B003AUIRNY
That will work sorry I should of read more.
Click to expand...

Hey, no worries...just wanted to make sure I wasn't missing something. Thanks for your help! You really did help because your original link is what lead me to the DPDT switch by Levington. I already ordered it.
CPA by day, Hobbyist by night
You must log in or register to reply here.
Share:
Facebook Twitter WhatsApp Email Link