Can this battery pack be so small?

Hi,
This battery pack seems too small for 18000mah, do you think it's fake? 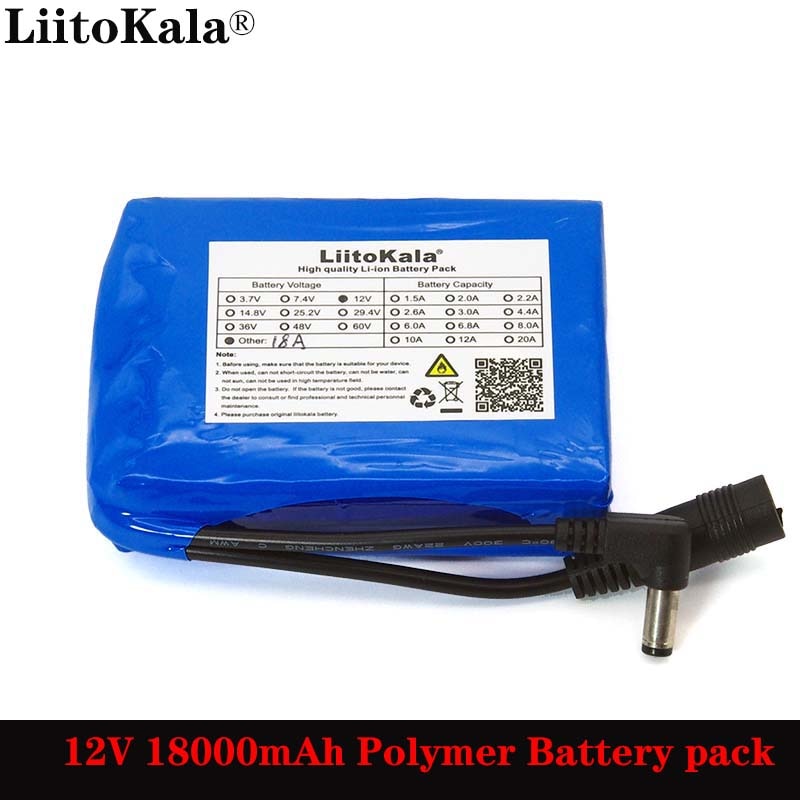 Most Helpful Member
Can't see how it can possibly have that capacity.

amadeok said:
Hi,
This battery pack seems too small for 18000mah, do you think it's fake?

Agreed. It's about the right size for three 18650 cells plus a protection board & the voltage range given (12.6 down to 9v) backs that up.

Even if the AH rating was "accidentally" fudged by adding the cell capacities, I've never yet seen an 18650 with a genuine capacity of 6AH.
In reality it's most likely in the 2.5 - 4AH range, if it's not just a scam.

The LiitoKala company makes battery chargers, not batteries.
Here is what people on a skakeboard forum say about cheeep Chinese batteries:

So,....
Do you use the name, "Audioguru" on that skateboarding forum or do you call yourself something like "LongboardGuru"?

Most Helpful Member
When I entered the battery number into Google then I was sent to the electric skateboard forum for my first and never again time.
A kid near my home flies past every day on his electric skateboard faster than cars. I assume the speed controller is a remote in his hand.
Uncle $crooge

Most Helpful Member
The thread-starter is the same guy on other threads and forums putting cheeep little motors on an ordinary pedal bicycle.
Can you imagine this fake little battery running a motored bicycle?
Uncle $crooge
S

This battery pack is suitable for 18000 mah battery.

smithhennry said:
This battery pack is suitable for 18000 mah battery.
Click to expand...

Most Helpful Member
The "Project Farm" guy on youtube did some serious testing of various 18650 cells with different claimed capacities.

The big name ones (Samsung, LG, Sony, Duracell etc.) typically in the 2.5 - 3.5AH range were all reasonable, the ones with supposedly very high capacities were all fakes with high internal resistance and typically nearer 1AH actual capacity.

I have a genuine 20AH power pack. Internally that's going to be single-cell voltage with some number of parallel cells.

It's approximately 16 x 9 x 3cm over the casing; the actual battery pack is probably nearer 13 x 8 x 2cm, allowing for case thickness and the USB sockets in one end.

A genuine 12V pack with around the same AH capacity would be near three times the size!

The video is here, for reference. Go to 9:15 if you just want to see the actual capacity chart.
One interesting point he comes up with is the weight per cell - the full capacity ones all weigh 44g or more, the fakes all less than 36g.

rjenkinsgb said:
the full capacity ones all weigh 44g or more, the fakes all less than 36g.
Click to expand...

As pointed out by MusicMaster on another thread, they seem to have cottoned on to this and added extra weight.