Anyone know of a wireless charging receiver with power jack?

I bought a GSM desktop phone for my Mum.
I wanted to covert it to wireless charging but it has a power jack. 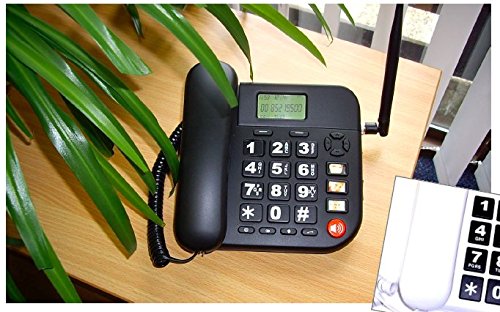 I bought a charging mat but:
The only wireless charging receivers I can find are micro USB (etc) 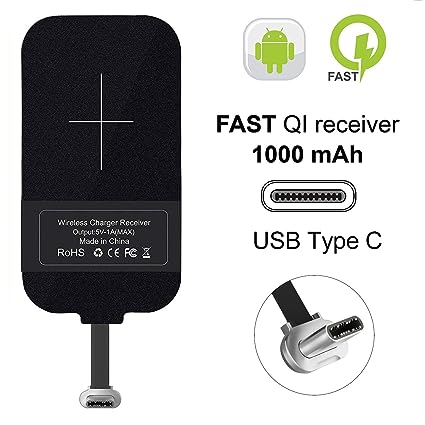 Anyone know of a wireless charging receiver with power jack?
OR any form of Power Jack to USB converter? Ideas?

Most Helpful Member
You are simply looking at the physical plug instead of looking at the very important voltage and current.
Without the proper voltage and current then you might have a very hot fire and explosion of the charger circuit and battery inside the phone.
If the phone charger is designed for 5V at 1A then the wireless receiver can have the micro USB cutoff and the proper plug installed with the correct +/- polarity.
Uncle $crooge

Most Helpful Member
What is the point?, the idea of wireless charging is so you can simply drop your mobile on the wireless pad (for those too idle to insert a plug). This is a home phone, so no need for that, and is it even rechargable? - there's no reason for it to be.
PIC programmer software, and PIC Tutorials at:
http://www.winpicprog.co.uk
D

Nigel Goodwin said:
What is the point?, the idea of wireless charging is so you can simply drop your mobile on the wireless pad (for those too idle to insert a plug). This is a home phone, so no need for that, and is it even rechargable? - there's no reason for it to be.
Click to expand...

It's a desk cell phone, so almost certainly rechargeable. The big aerial and lack of wires in the picture mean that it's a cell phone.
http://twitter.com/mtrak_uk
C

It is GSM mobile recharge able. Any ideas for wireless receiver?

They are relatively common - just look on Amazon.

It effectively gives you a home phone with no line rental etc.
PIC programmer software, and PIC Tutorials at:
http://www.winpicprog.co.uk
C

I guess nobody knows how to do this

ChrisK..... said:
I guess nobody knows how to do this
Click to expand...

Probably because it's a silly idea - the receiving part is built in mobile phones, so no one makes external ones as there's no need for them.

But essentially the entire concept is simply two coils of a transformer, you would need to find out what coil you need to wind for the 'receiver' side of the tranaformer, and then process it to meet the requirements of the phone.
PIC programmer software, and PIC Tutorials at:
http://www.winpicprog.co.uk

Most Helpful Member
The wireless receiver "is already" a coil of wire and probably a rectifier. You need to cut off the micro USB, determine which wire is + and which wire is - then connect the suitable plug to it.

I do not know the voltage and current needed to charge the battery in your phone or if your phone has a filter and voltage regulator in it.
Then the wireless charging might not work or might damage the phone.
Uncle $crooge
C

I did look at cutting off the usb and fitting a power jack but the wires look so small I can't see it working so I figured wireless charging might have made its way to devices other than mobiles. They all seem to be 5 voltish so I'm happy to risk it. I guess it's back to plan a and butcher the usb

Nigel Goodwin said:
Probably because it's a silly idea - the receiving part is built in mobile phones, so no one makes external ones as there's no need for them.
Click to expand...

Qi wireless charging receivers are a thing, for phones that don't have them built in. Indeed, the original poster has a picture of one in his first post.

The question no one has asked is what the voltage of the wireless phone charger is. If it's 5 volts, it's just a matter of adapting the connections to the phone.

Chrisk, what are the ratings on the charger for the wireless phone? If it's 5 volts, this won't be too complicated. If it's more than 5 volts, wireless charging is going to be complicated.

Assuming it's 5 volts, it's a matter of adapting the connections. There are various ways this could be done. This approach requires some simple soldering. I haven't found an Off-The-Shelf adapter.

First, I would start with a Qi receiver with a USB micro B connector.

Next, get a USB micro socket breakout board. This one is from Sparkfun but they should also be available on ebay. The Qi receiver will plug into this board.

The tricky part is finding a cable with the right size barrel connector to fit the phone connector. This come in many different sizes, but some careful measurements will help you figure it out. Find the right cable on ebay, or check at local thrift stores for a charging module with the right size cable that can be cut off. Connect the wires to Vcc (+ 5 volts) and ground on the breakout board, matching the polarity of the barrel connector to what's needed for the phone. Usually, the center is positive and the outside is negative but it should be marked near the jack.


If soldering is a problem, you can get a

cable with the mating connector for the USB connector on the Qi receiver, cut off the other end and connect it to a cable that fits the phone as described above. Insulate all the connections with electrical tape.[/URL]
C

Problem Solved!!!
For anyone with same problem. I manage to find a wireless charger receiver with no plug (£2.22 delivered), just plain power wires. I will simply splice the original power jack on to these. Ta Daaaaaaaaaaaa

Most Helpful Member
Good that you found it. The polarity of the power wires is of the utmost importance.
Uncle $crooge

I
Anyone know of a multiresistance tilt/angle finding sensor ?

Anyone know a suplier of 56 TSSOP breakout boards?