I purchased this in a country where people are very ignorant and use this without the ground attached to that screw, and they don’t even have breakers, RCDs of GFCIs on their electrical system. Also THERE IS NO GROUND anywhere and they have 3 prong outlets. 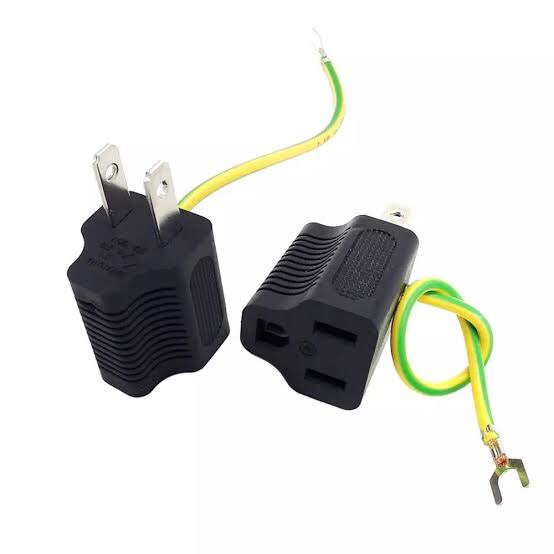 John Ward sums it up well in this video. I have seen a number of recent electrician videos where they've had to replace wiring.

If someone doesn't take at least a tenth the time reading and understanding your reply to a question as you took to write it, don't waste your time again.
Upvote 0 Downvote
D

Pommie said:
BTW, why would three phase produce 208V when (I assume again) it's a 230V phase to phase system?
Click to expand...

The USA voltage is 120 V phase to neutral. If there are three phases, that is 208 V phase to phase.


A lot of houses in mainland Europe have three phase 230 V, so 400 V phase to phase.
http://twitter.com/mtrak_uk
Upvote 0 Downvote
P

Most Helpful Member
I was assuming (again) that the center tapped transformer referred to earlier has 230V across it and 115V across one half. Where does the 230V come from that supplies the transformer if not phase to phase?

Mike.
Edit, and how do you get 240V two phase if it's only 208V between phases?
Edit2, I obviously don't understand the term "two phase". I'm so confused.
Upvote 0 Downvote

Not strictly true - most of mainland Europe is actually still 220V mains, just as the UK is still 240V mains - while both are nominally 230V (with different tolerances). The 230V specification is more for equipment, to ensure it works in both areas.

However, a few parts of mainland Europe have actually converted to 230V supplies.
PIC programmer software, and PIC Tutorials at:
http://www.winpicprog.co.uk
Upvote 0 Downvote

The 208V would be if it was three phase - but it's not - essentially it's really just one phase, with the neutral from a mid tap on a single phase transformer. A bit like bridging two amplifiers
PIC programmer software, and PIC Tutorials at:
http://www.winpicprog.co.uk
Upvote 0 Downvote
D

Nigel Goodwin said:
The 208V would be if it was three phase - but it's not - essentially it's really just one phase, with the neutral from a mid tap on a single phase transformer. A bit like bridging two amplifiers
Click to expand...

I think that in some places in America three phase with 120 V phase - neutral is used, giving 208 V phase - phase.
http://twitter.com/mtrak_uk
Upvote 0 Downvote

Mike.
Edit, and how do you get 240V two phase if it's only 208V between phases?
Edit2, I obviously don't understand the term "two phase". I'm so confused.
Click to expand...

With two or three phases, the phase-neutral voltages are normally the same, and the phase angles are evenly spaced.

On two phase, the voltages are 180 ° different so the instantaneous voltages are equal and opposite, and the voltage from phase to phase is twice the phase - neutral voltage. This is also known as split phase, and is what is common in American domestic supplies.

On three phase, there is 120 ° between any two of the phases, so the phase - phase voltage is 1.732 (square root of 3) times the phase - neutral voltage.
http://twitter.com/mtrak_uk
Upvote 0 Downvote
P

Most Helpful Member
So it's actually two phases. It'll take a little time for me to get my head around that - I've only ever worked with single or three phase. I like Nigel's explanation about a center tap on a single phase transformer - kinda the two phase equivalent of a star connected transformer where neutral is the center point. OK, it's slowly sinking in.

It's single-phase transformer with the secondary centre tap earthed, so only half the total winding voltage available to give a shock by accidental contact.

It's the same principle as the common 110V safety transformers used in the UK (and likely elsewhere) for industrial power tools, except these are half the secondary voltage of US domestic supplies:

Mike.
Edit, and how do you get 240V two phase if it's only 208V between phases?
Edit2, I obviously don't understand the term "two phase". I'm so confused.
Click to expand...

The distribution systems are three-phase just about everywhere in the world. The voltage and phase arrangement to consumers is set by how the final transformers are arranged.

A single-phase transformer can easily be made to produce two phase (aka split phase) by having a centre-tapped output winding. This is often done in full-wave rectified supplies and on 110 V transformers for building site tools, which give 55 V two phase.

In an apartment building, such as the one For The Popcorn was in, it's quite possible that the distribution systems only had three phases. Each phase would still be 120 V to ground, but where two phases are supplied to one apartment building, there is only 208 V between phases, and a heater produces 75% of the heat that it would on 240 V.

Edit. It's been pointed out that split-phase, with two phases at 180 °, isn't called two phase. Two phase has the live wires at 90 ° https://en.wikipedia.org/wiki/Two-phase_electric_power
Last edited: Oct 22, 2022
http://twitter.com/mtrak_uk
Upvote 0 Downvote
P

Most Helpful Member
I was trying to work out how a two phase generator was different to a single phase generator. It makes sense now. Thanks for that explanation. I think some Americans may have learnt (learned) something too.

Pommie said:
Where does the 230V come from that supplies the transformer if not phase to phase?
Click to expand...

The pole or distribution transformer primary voltage is likely 2.3KV - 12.47K or whatever the local system operates at, taken between two phases of the three phase source power.
Upvote 0 Downvote

Athosworld said:
where people are very ignorant
Click to expand... 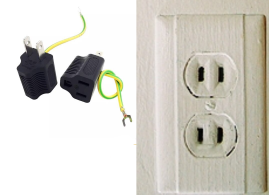 Most Helpful Member
The newer 3 wire to 2 wire adapters are polarized designed around the newer sockets having one blade larger than the other. 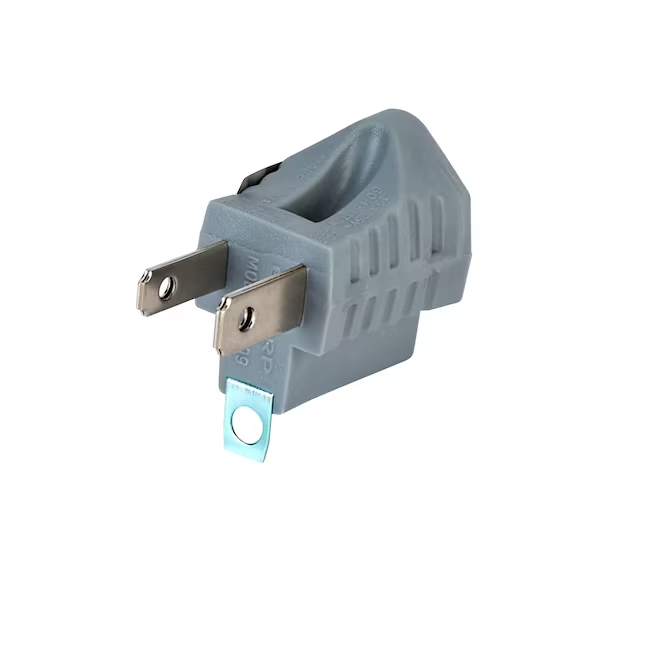 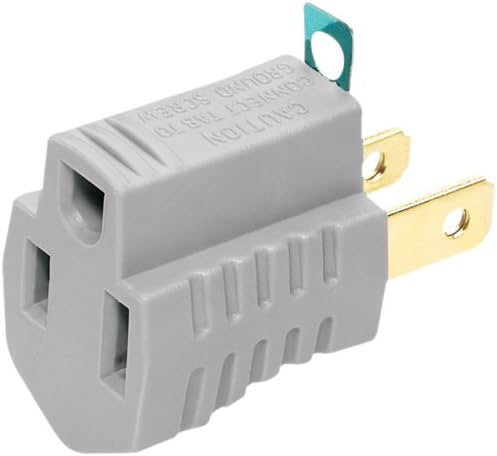 As to US residential mains. Typical pole mounted transformer. 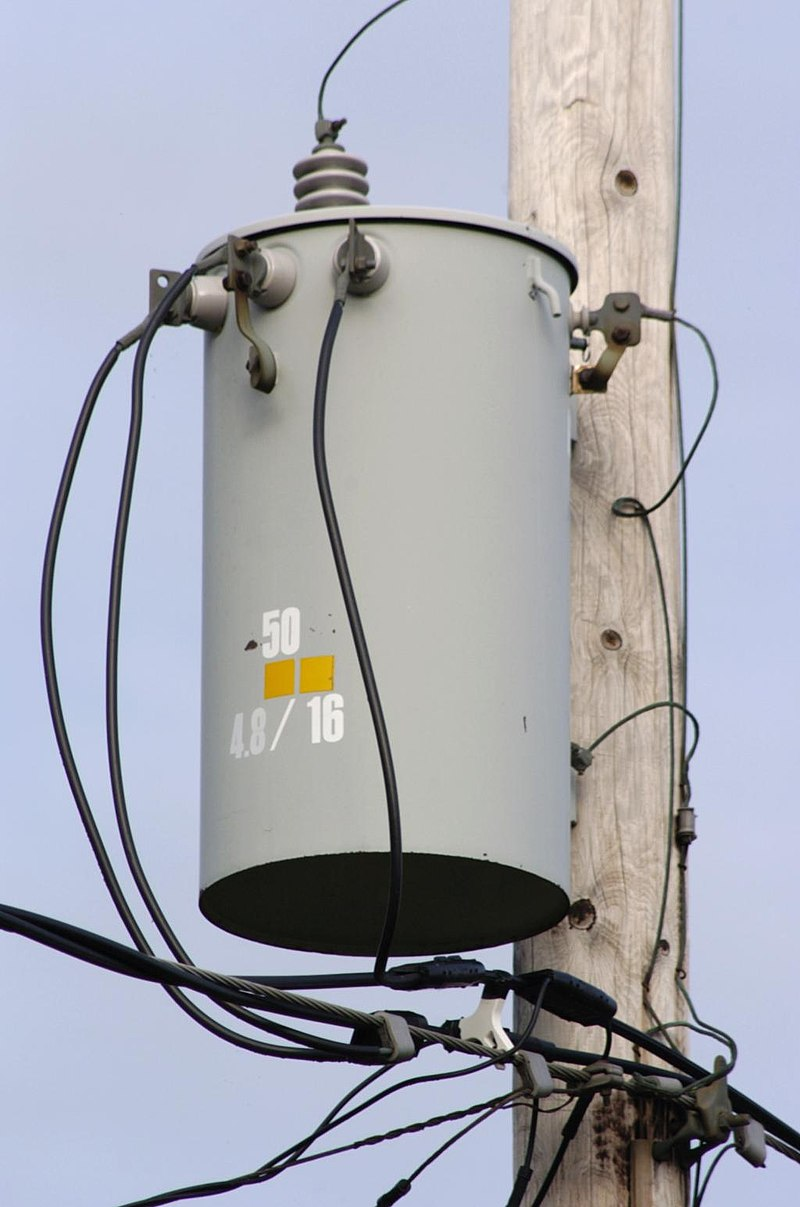 In the above image the primary transformer input is about 7.0 KV picked off one of three phases. In more populated areas three phase runs through a residential area. Transformer to transformer they just stager which phase is used for general load balance. In rural farmlands the high voltage may just be a single line. The primary is the HV insulator on top to Ground and the can is grounded. The three outputs are 120 VAC split phase and note the center (ground) is strapped by a short bus tab to the can. So we get 120 volt 0 volt 120 volt or 240 volts line to line. At the mains entry point Ground and Neutral are bonded and that is the only neutral and ground bond. 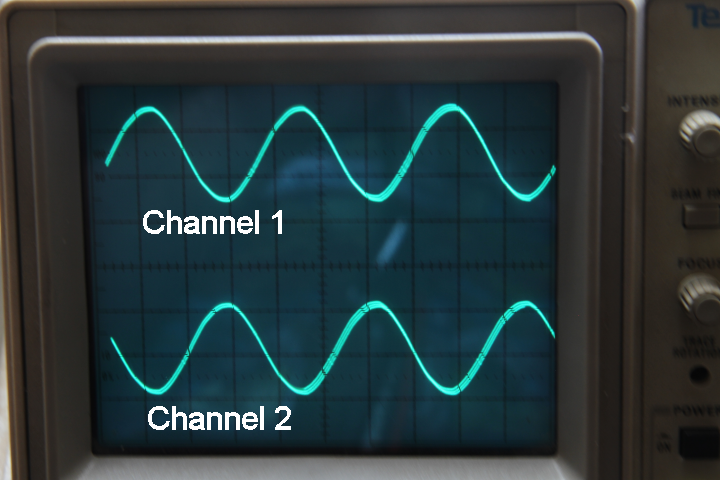 L1 and L2 are, as previously mentioned 180 degrees apart. Triggering on Channel 1.

Like many adapters there is a time and place for their use. Use things incorrectly you may get unwanted surprises. One 3 to 2 adapter I have laying here has stamped on it "Caution connect tab to ground screw".

Ron
Please do not PM me with forum related questions. Let's keep things in the open forum. Thank you.
Upvote 0 Downvote
P

oops, to clear up some confusion. In the US our residential only grid is either 2 phases of a 3 phase DELTA fed grid feeding the center tapped transformer resulting in 240/120 single phase. Each leg is 120v to the grounded conductor (neutral) OR 240 volts line to line. Confused yet. In many areas though, it is not a delta supply architecture but a STAR more commonly referred to as "Y" topography. In a y system, you have 120 volts line to the grounded conductor(neutral) or 208 volts line to line. UNLESS there is a stinger leg where phase 2 to neutral is 208 volts. This is a leftovet from the days of heavy commercial/ residential zoning of years past. Two phase power is actually a 4 wire scheme not readily deployed in the lower 48. If it is a 120/208Y with a stInget leg on phase 2 then that conductors insulation should be orange.
Hope this helps.
PS that ground conductor, (don't confuse with the grounded conductor(neutral) is a bonding jumper usually attached to the metal non current carrying parts of a curcuit to allow a fault current a path to activate the trip overrcurrent protection of the supply breaker. There is actually only one ground conductor in a standard service and that runs from the junction in the service of the incoming neutral, the BONDING jumpers ( formerly know as equipment grounding conductors) from the branch circuits. And The Ground Electrode Conductor to 2 points of ground in a normal service ( in California).
This is a very simplified explanation and just have to say to all who do not know, electricty is like fire. It is so useful but its ugly side is it is always trying to escape. Given the chance it will. It does not care, about you, your loved ones, your home or possesions, it can kill you at any tIme.. So turn it off, test it before you touch it, and test it before you restore power. The life you save may be your own.
Upvote 0 Downvote
P

Most Helpful Member
Luckily, I'll never work on U.S. systems so think I'm the lucky one. Sounds like you guys don't believe in standardisation.

Most Helpful Member
Please stop referring to the residential split-phase system used the US as AKA two-phase, as it is not.
In two phase, the signals have a phase of 90° with respect to neutral or ground.
In split phase the signals are 180° with respect to neutral.
Zapper
Curmudgeon Elektroniker
--The important thing about having knowledge is knowing where it correctly applies..--
Upvote 0 Downvote
You must log in or register to reply here.