I want to know if it's possible to convert a 1,5v battery to a 220-230 v.I looked in google and the results didn't helped me how I wanted.What is your opinion?I really need this because I want to learn how the AC current reacts.
S

Most Helpful Member
Yes, in principle - but the average output power (eg. watts) will be no more than the power the 1.5V cell can provide.
(Rather less, in fact, as the conversion will not be very efficient).

There is always some risk involved when working with high voltages...
Anything below 50V is considered reasonably safe.

Aluminium is rarely used in electronic other than for mechanical parts such as casings and chassis etc.
Copper wire is the normal standard for almost everything.

Silver is occasionally used as its even lower resistance than copper and still conductive if it tarnishes.
It's used for a plating over copper or sometimes as wire.
S

Most Helpful Member
What do you have that is powered by only 1W at 225V?
Uncle $crooge
S

audioguru said:
What do you have that is powered by only 1W at 225V?
Click to expand...

It is very easy to convert 1,5V to 230V.
Use a disposable camera flash circuit for DC output. For AC, disconnect its rectifier and capacitor.
Abolish the deciBel !
P

Most Helpful Member
A joule thief uses a fraction of one Watt. Is the light bulb a neon one? Why not use an LED?
Uncle $crooge

Most Helpful Member
The wire size depends on the application and where in a circuit it is.

For signal interconnections within a circuit board (very low currents and not flexing after fitting) I normally use "wire wrap" wire.

For slightly higher currents and interconnections between boards, 7/0.2mm - usually offcuts of "burglar alarm" wire as I have a lot spare from when I installed my security system.

Higher currents and higher voltages need heavier conductors and better rated insulation.
In standard industrial cables I have everything from 0.5mm^2 up to 50mm^2 available, as we design and build industrial electronics and control systems.

It's all down to usage; too small for the current involved and things overheat, but bigger wires can be harder to work with and you cannot use a lot of them in a small area.


ps. The little inverter circuits you link to will give a high voltage but also often at a high frequency (depending on the design).
Most are not suitable to give a 50 or 60Hz output, if you are trying to emulate mains power.
If frequency does not matter, they may be OK.
S

Possible? Yes. Practical? Not so much.

With such a low voltage to start with, and with such large step-up ratio, I doubt you can get an efficiency above 50%. Probably much lower than that.
So you'll be able to draw less than half a watt from it.

Most Helpful Member
Remember a #6 dry cell? It was a huge and heavy single carbon-zinc 1.5V battery. It could make a paper clip red hot for a long time.
Uncle $crooge

Here one to play with 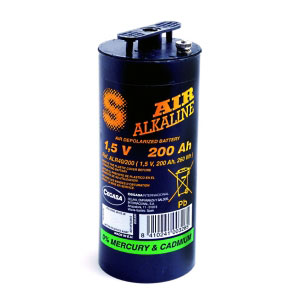 I'm sure someone even before I was born played with a 1.5 volt wet cell and stepped it up to 240 volts maybe not a real sine wave but I sure have used a relay as a oscillator and transformer I was a little boy then I played with the ideal of making a spark gap transmitter out of a relay I found one that would osculate I then thought what the heck I have a door bell transformer let's let the relay oscillator switch the the battery on and off and see what happens it knocked me on my butt.
LOL
I can't say what voltage I ended up with I didn't have any volt meter back then I can't remember if it was even a door bell transformer I used that shocked me I made a bunch of home made ones out old ones. Looking back I've done a lot of crazy stuff as kid my I can still remember My Dad telling why the tube radio I made would quit on me I used water pipe solder and the copper would turn a white green and the thing would quit working. Dad said son you use rosin core solder your not hooking up water pipes. But then again I learned a lot about soldering LOL
I got do it over and over every time something I made turned that white green and stopped working. I can still remember my first trip to radio shack I came home with a hand full of transistors and a real soldering iron and oh yell baby a big roll of rosin core electronics solder
Last edited: Aug 19, 2018
Burt
be80be
“No beard, no belly, no guru…”
C

I've built lots of joule thieves like that. All the ones I've seen use LEDs, which don't need anywhere near 220 volts.

The guy around here to ask about this stuff is Colin55; I used his designs, and they really work well. Very efficient as well.