Most Helpful Member
Hi,
this is just for novelty value, something I had not seen such an extreme example of before.

My laser printer started acting up a few weeks ago, it gave an error when trying to use the second (add-on) paper tray. I did not have time to start digging it to the problem then so just removed the tray module; the printer just sits on top of it.
I noticed when I switched it back on that the PSU struggled to start up, so that seemed a likely culprit - the thing has been powered for around 10 - 12 years... It did work after a few minutes and has been OK since, though the print quality seemed to be a bit off.

Last weekend I stripped it down and found some caps in the PSU had started to visibly swell, so I got replacements for all the ones in the power (rather than control) sections.
Once they arrived and were fitted, the printer works fine again, including with the second tray.

I tested the old caps out of curiosity; some still read OK, some were obviously rather sick. The worst two were a couple of 2200uF 10V ones connected in parallel for the 5V output.
How on earth the thing was still managing to work at all is mindblowing, hence this post! 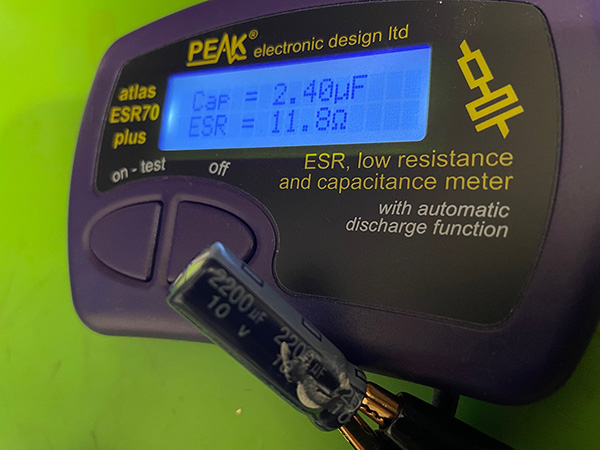 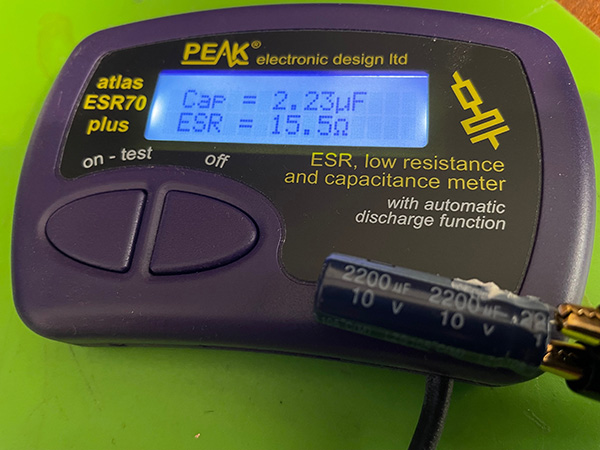 Most Helpful Member
A lot depends on exactly which capacitors have failed - the most critical ones are those on the stabilised rail (often the 5V one) - as the regulation tries to maintain 5V on that rail, this means all the other rails get much higher voltages, and this commonly causes damage to the actual equipment (feeding 24V down the 12V supply rail is never going to be good).

The best/worst I've seen are completely O/C reservoir capacitors, on the incoming mains - some units work pretty well under these severe conditions, with raw pulsed DC feeding the PSU. Others don't fare so well, and self destruct.

As you say, it's amazing how well PSU's can cope with various capacitor failures.
PIC programmer software, and PIC Tutorials at:
http://www.winpicprog.co.uk
P

I work at a place where the original test beds date back to 1989 and some of the kit has been running continously since then. Nothing surprises me any more .......

I'm also one of the few people there who know how to use MSDOS / WIN 3.1 and can use it without a mouse

picbits said:
I work at a place where the original test beds date back to 1989 and some of the kit has been running continously since then. Nothing surprises me any more .......
Click to expand...

As long as they used decent quality capacitors, they could easy be quite fine - particularly if it's not switch-mode - it's switch-mode PSU's that really hammer the capacitors.
PIC programmer software, and PIC Tutorials at:
http://www.winpicprog.co.uk
S

Electrolytics are always problematic. Here is a post I wrote a few months ago:
Its Always the Electrolytics
For an interactive guide to LTspice and Switched Mode Power Supply Design:

Can not get common source amplifier working in simulations
2 3

Saturday at 9:22 AM
Tony Stewart