Hi all
I have found a schematic for a circuit that allow to use Arduino to pilot a 220V light.
How the values of the resistors on the right side of the optotriac are found?
what power rating do they need?
Thanks

Most Helpful Member
There are many different ways to do this, depending on what you mean by "pilot a 220 V light", but you have not given us nearly enough information.

To start, please show the rest of the schematic so we know what you are talking about.

well I think that's all I've got since I just wanted to use this kind of circuit to turn on and off a light.
It's just a way to use a triac for the first time.
Memento audere semper.
Upvote 0 Downvote

Most Helpful Member
This might be overkill, but it does go through some of the calculations.

Most Helpful Member
We built masses of gear using opto triac drivers & triacs some years ago.

That all used MOC3022 (non zero crossing) drivers and BTA08-400 triacs, with just a 180 Ohm series resistor in line between gate and A1. The resistors were 0.6W MRS25 type, as we use for just most things.

(As it was phase control rather than zero crossing, as well as a fuse in each channel and common supply, they had a series choke and RC snubber for suppression on the AC side of each output channel).

The optos were driven with 2N7000 mosfets rather than direct from the MCU, to guaranteed the correct firing current.


The main triac should fire with microseconds of the opto triac switching on if there is any appreciable voltage across the triac, so in that instance it's to limit the worst-case current at peak voltage to something that will not damage the components - the opto or the triac gate, in the time before the main triac is fully on and bypassing the trigger circuit..

That sets a minimum value, depending on the components and AC voltage.
The resistor should only take current for such a short time, it does not dissipate any real power.

The other side is if the opto triac is on starting at a zero crossing, the resistor in effect sets the point the voltage across the main triac is sufficient to cause the gate current through the resistor to trigger the triac.

That ideally needs a fairly low value, so something mid-range between those extremes in a practical design for phase control.

A lower value such as 100 Ohms should be fine for zero crossing opto drivers.

The datasheets for the various opto triacs generally give example circuits and values.

If the circuit will be used with an inductive or capacitive load, things are more complex, needing snubbers etc. for inductive loads - and you should only use the zero-crossing (zero voltage switching) opto triac if the load has significant capacitance, such as many electronic ballast lamps.
Upvote 0 Downvote

This may be of interest. 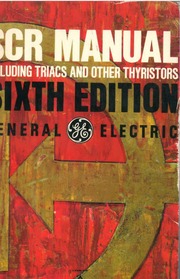 Established In 1987, we are an INDEPENDENT e-commerce SHOP with the flexibility of focusing on providing a quality product with personal service. With over...
archive.org
You know everybody is ignorant, only on different subjects.
- Will Rogers (1879 - 1935)
Upvote 0 Downvote

Most Helpful Member
It appears the BRT21 in your example is intended as a direct power switch - there is no mention of triac firing in the data.

This is a zero crossing triac driver, with more info:

Here is a typical application of Fairchild's (now On Semi) of the MOC3063. Used it many low power (under 50 watts) circuits without any problems at all.

Most Helpful Member
When I made a chaser for my musician friend in a band, in the late 70's I used an XOR gate for the ZCS pulse and tiny pulse transformers to trigger the 15A triacs. The chaser was variable speed, direction and or also sync'd to the music with a taped up electret mic inside the kick drum. The electrician years later fried the Triacs using 500W floods at high speed (30 Hz sequence) which then drew up to 5kW per channel. (which I had not anticipated and had no heatsink)
Upvote 0 Downvote
You must log in or register to reply here.

B
TRIAC self triggering