Just wondering how folks store their test leads, probes, etc. Trying to re-org my bench to make my work a bit more efficient, and test leads is one of my main hassles. Anyone have a system that is neat and east to grab the right leads, scope probes, jumpers, etc ?
Thanks,
Bob
Sort by date Sort by votes

Most Helpful Member
I have a couple of these. 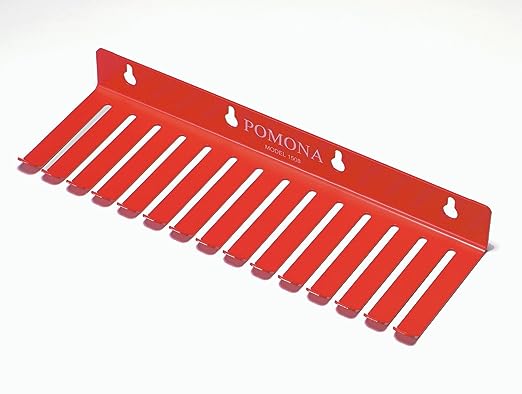 Me too, but no clear wall space to hang leads. You'd have to see where my bench is located
I fully agree with the straight vertical hanger idea tho, instant access and orgzn at its best !
Bob
Upvote 0 Downvote

Just a thought. Use that fangdangled hanger on the back of a door? Would that work?
You know everybody is ignorant, only on different subjects.
- Will Rogers (1879 - 1935)
Upvote 0 Downvote
B

yES if i had a door near my bench, no luck there.
Its in a corner upstairs in a converted loft with short walls . I just need to clear off a section of wall space i guess. That type of lead hanger is the best solution.
Upvote 0 Downvote 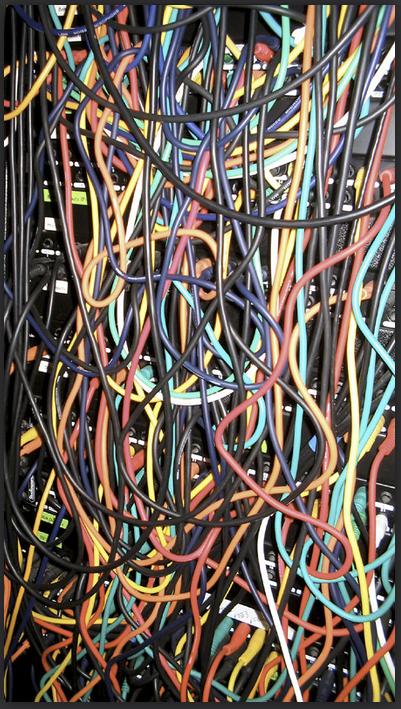 Most Helpful Member
I use these for bulk parts, projects, test gear etc.
They are sold on ebay etc. as plastic shoeboxes and quite cheap. 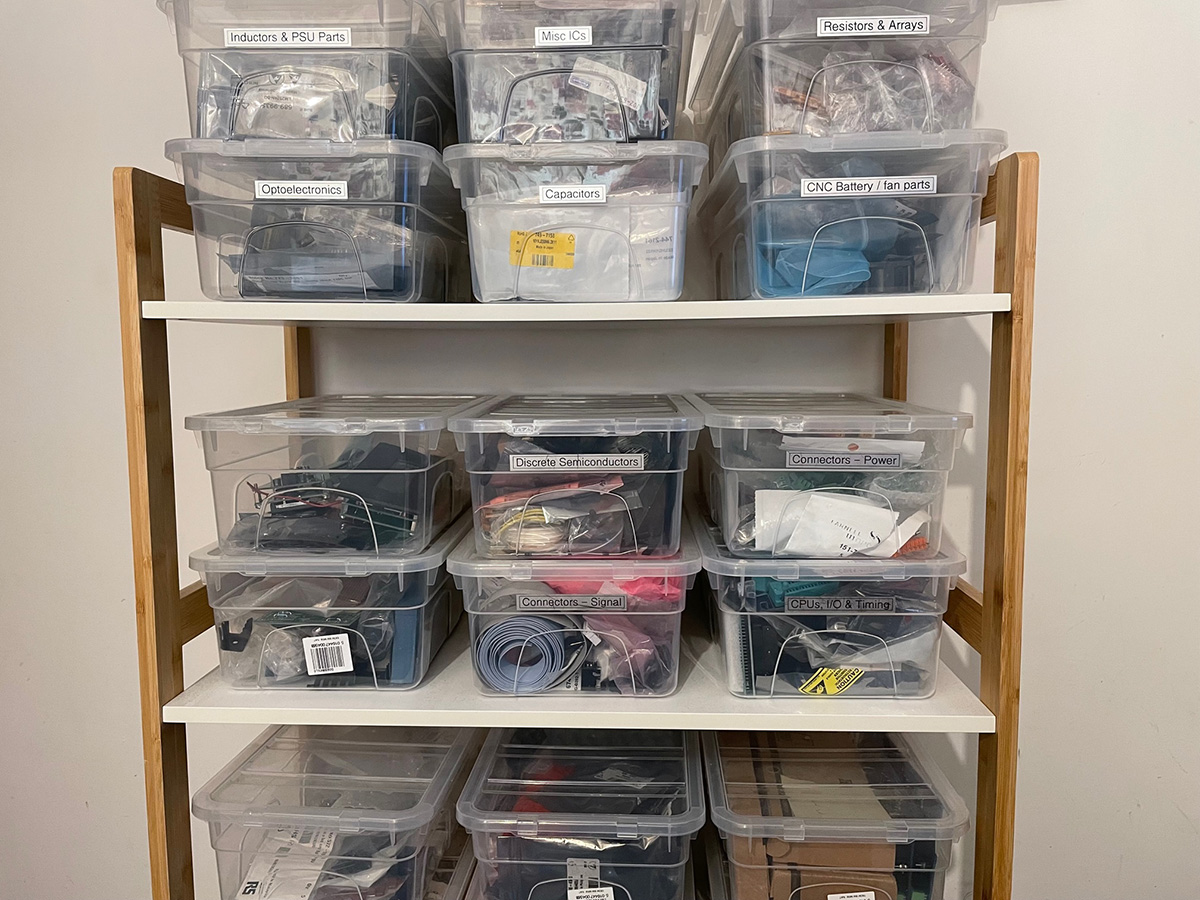 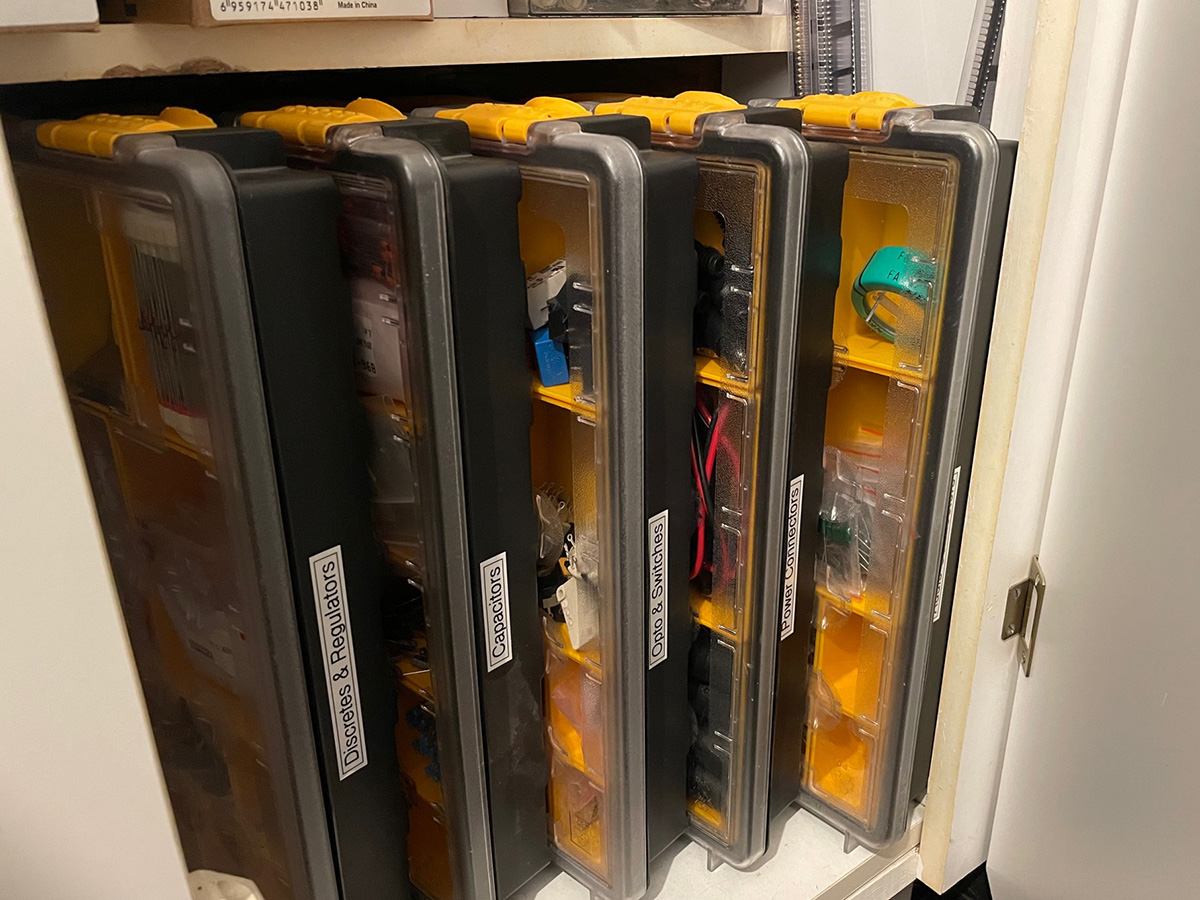 rjenkinsgb said:
I use these for bulk parts, projects, test gear etc.
They are sold on ebay etc. as plastic shoeboxes and quite cheap.
Click to expand...

You're putting us all to shame!
PIC programmer software, and PIC Tutorials at:
http://www.winpicprog.co.uk
Upvote 0 Downvote

Nigel Goodwin said:
You're putting us all to shame!
Click to expand...

I must admit, that's about the only part of my office/workshop that I dare show a photo of!!
Upvote 0 Downvote
F

granddad said:
Whatever i try turns out like this .....

This picture reminded me of something. I used to do a lot of shipboard testing, and we'd often run numerous cables for various transducers. Most often, cables were run one at a time, hooking them over valves, protrusions, anything available to keep them off the deck and out of the way.

Ideally, the cables were hooked over things so at the end of the testing, they could be dropped down to the deck as a group, to be coiled up one by one or as a group to be sorted later depending on the time available. If a cable was run behind a bracket or something, rather than hooked over it, breakout was much more difficult because the length of cable would have to be pulled back through to get it free.

Most of my coworkers were pretty good at running cables to make breakdown easy. Follow the same path as the cables already run, keeping them so they could be broken down easily. But one of the guys just didn't get it. Instead of the easy path everyone else followed, run the cable behind the pipe instead of hanging it over the valve. But that wasn't bad enough. Wrap the cable around the others so the poorly routed cable has to be completely pulled free separately before the rest can be easily removed. Oh, he ran two cables? With completely different paths so that each had to be untangled separately before any others could be freed? Yup.
Note to self:

If someone doesn't take at least a tenth the time reading and understanding your reply to a question as you took to write it, don't waste your time again.
Upvote 0 Downvote
You must log in or register to reply here.