Most Helpful Member
Instead of trusting the cheap old charger that does not say what the percentage is it shows, why don't you measure the battery voltage?
Uncle $crooge

audioguru said:
Maybe the cheap charger shows its guess of "percentage of charging time"?
We do not know if the cheap charger wrongly shuts off when the voltage reaches 4.2V when the graph posted by Nigel shows that then the battery is far from a full charge.

The battery university has a graph of discharge voltage that I disagree with. I found another discharge graph that looks correct:
Click to expand...

The graph may be just as correct - lowering the amount of charge to the battery makes it less likely to burst in to flames, and allows it to charge faster - you simply set the constant voltage to a lower level. This is more likely if you're fast charging, and the lower terminal voltage obviously means the battery isn't as highly charged, and won't last as long - but at least your house didn't burn down. It's the sort of thing Samsung probably did, after their phones started catching fire.

Personally, I'd sooner charge it more gently, and charge it fully.

Another charging option is to not do the constant voltage part at the end, simply charge until it reaches 4.2V (or what ever you decided) and then stop charging, ignoring the section where the current falls off. It's hard to tell because of the curve, but you're probably getting 70-80% charge in 50% of the time.
PIC programmer software, and PIC Tutorials at:
http://www.winpicprog.co.uk
E

audioguru said:
Instead of trusting the cheap old charger that does not say what the percentage is it shows, why don't you measure the battery voltage?
Click to expand...

how to measure
what scale the voltage of these two batteries using my digital multimeter without damaging the batteries? which voltage is good for long term storage of BM20 and BP-5L batteries?
Last edited: Jun 4, 2021

Most Helpful Member
The single cell Lithium-Ion batteries are stored and sold at the voltage I have told you MANY times.
You can damage the batteries and maybe cause an explosion and fire if you try to measure the maximum discharge current.
Uncle $crooge
E

What voltage? i know the BM20 has 4.2v and the BP-5L has 3.7v and i thought of measuring with the digital multimeter after recharging to 75% but i don't want to damage the batteries i want to preserve them

Most Helpful Member
Both of your batteries are 3.7V when sold and for storage. Both are 4.2V fully charged when the charging current has dropped to a low amount.
I use a car lightbulb to discharge to 7.4V my 2-cells Li-PO batteries (8.4V fully charged) for storage each winter.

you said the correct thing is to store them at 3.7v but one of them is 3.7v 100% and the other is 4.2v at 100% I want to use the charger to put them in the correct charge but I don't know how to use the multimeter to test these batteries that's why I ask for help

which measurements should appear at 100% charge?


I don't know how to measure the battery because I'm afraid to damage with the digital multimeter which scale to use?

Most Helpful Member
Your thread is hopeless.
Uncle $crooge
V

Maybe the reference in this post will help the original poster to understand some basic electronics and give him the confidence to use his DVM without destroying it.

Lithium cells have a "nominal" voltage of around 3.6 - 3.7V, which is the approximate average between full and empty.
The full charge voltage is around 4.2V

Different manufacturers call them different things; whatever they think looks better in advertising. The cells and voltage ranges are the same regardless.

Example - Bosch have recently decided to use the full charge voltage rather than nominal voltage in labelling, because it makes the tools appear more powerful, to non-technical people. 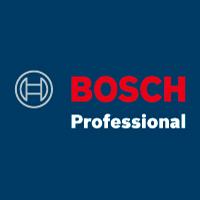 As of 2017, all Bosch Professional 10.8V power tools, batteries and chargers will be successively changed to 12V. Find out more now.

Can you take a photo?
E

Most Helpful Member
The link is posted to the cheap Chinese charger. The photo and description are there.

The description of the charger says it is suitable to charge batteries of and below 1000mAh. Then your 1800mAh and 2000mAh batteries have too many mAh.
Uncle $crooge

Not quite; they do not _discharge_ slower, they degrade slower in storage - eg. the battery loses far less total capacity when stored at around 50% than when fully charged.

Storing them in a cool place also reduces capacity loss.

Worst case, fully charged in a hot area, they could lose half the capacity in a few months.

Compared to best case, around half charge in a refrigerator: typically 1% capacity loss per year.
E

It is very complex for me to store these batteries inside a refrigerator, the temperature in my region varies between 31-34ºC and I am looking for the best option for my conditions and charging at 50 or 75% has self-discharge etc.

Most Helpful Member
My Lithium batteries last for a long time because they are name-brand and are stored at 3.75V per cell. I never store batteries in a refrigerator.
My home has heating and cooling so is never too hot for me or for my stored batteries.
Uncle $crooge
E

the temperature in my region varies between 31-34ºC and I am looking for the best option for my conditions and charging at 50 or 75% has self-discharge etc.
You must log in or register to reply here.
Share:
Facebook Twitter WhatsApp Email Link