Saunderson and Beukes continued their dominance at the girls' doubles competition when they beat on Ciara Thorburn and Anja Steenkamp in the closing. "We're pleased to see such a great turn-out. It shows that table tennis is alive and well among the youth in Namibia," a thrilled Heiko Fleidl, secretary of the NTTA, mentioned - **broken link removed**.

She eliminated the next seeded Faghma Coleman at the quarter finals, and someone forgot to mention to her who the players were and followed it up at the semi-final with a triumph over the seeded Anja Steenkamp that was next. The final produced top table tennis and Van Wyk and Vogel surprised the audience by clinching the coveted doubles title by three sets to 2. The plate section winners were as follows: U18 boys: Rowan Diergaardt; U18 women: Bealan van Wyk. Saunderson seemed set for a 3-0 upset and was ahead 2-0 after two sets. However, Beukes fought her way back to two games all and had other ideas. Before Saunderson clinched it 11-9 for a 3-2 victory, the final set was a nail-biter together with the benefit changing a few times between the two girls. The tournament saw a total of 194 matches being played within a span of almost 12 hours. It was yet another massive step in the NTTA's attempt to increase development and youth involvement. 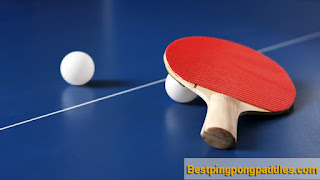 The boy's doubles made table tennis. Conwin van Wyk teamed up with Ronaldo Vogel to upstaged Mowes and Andreas Fechter in the semi-finals to book a place contrary to Darren Strauss and the Knowledgeable Aldrin Goliath in the closing. A group of players out of Holy Cross Convent School participated for the first time, and, they gave a good account of themselves although they didn't win any awards.

The boys singles contest was the most keenly contested with a total of 67 matches played with. In Jakob Machleidt and PW Steenkamp's absence, the Darren Strauss had immunity in defending his name. Meanwhile scholars of the DHPS School dominated the U15 boy's category. All four semi-finalists attend to the faculty in Windhoek. Since he conquered Raimo Dengeinge 3-0 in the final, here, Mowes was the man of the hour. He had beaten his school partner Ethan Januarie in the battle for the final.

The match of this play-offs was in fact between seed Dietrich Mowes and neighborhood Rehoboth boy, Convin van Wyk, in one of those semi-finals.
In the girl segment, Anja Steenkamp and Ciara Thorburn finished first and second respectively. Although the Steenkamp dominated the closing, Thornburn revealed a fighting spirit and took the top honors. While Steenkamp booked her spot in the final with a solid win over Nicole van Wyk, she had triumphed over surprise bundle Jana Hein out of Convent Primary School in their semi-final. 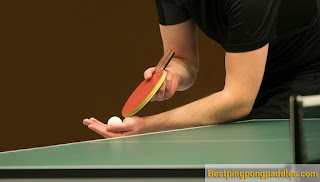 Her streak was halted in the final where she lost 3-0 against the largest Reese Saunderson. The Namibian Table Tennis Association (NTTA) successfully hosted its annual Youth Championships at the Dr Lemmer High School in Rehoboth past Saturday. A Shipena School demonstrated improvement and participated for just the second time at a championship.

To the seeded Darren Strauss, Mowes went down in straight sets in the final, but despite the defeat, Mowes made some outstanding attacking shots. Strauss' experience, especially on the international stage this season, nevertheless saw him. The U18 girls' group saw some surprises, with Jesse Joseph, an unseeded player from M.K. Gertze High School causing some major upsets.
http://medium.com/@conghieu4690/best-ping-pong-tables-1d5067cc180
The Kaitlyn Beukes and Saunderson had a thriller of a match from the other semi-final.
Last edited: Dec 18, 2017

Most Helpful Member
Use a relay to switch power to the motors.
Red to black, black to red and blue to bits.