I was taking apart an old AIX RS6000 machines and found this voltage regulator PCB. On the board C1 & C2 are clearly labeled and each "capacitor" had three legs with the ground in the middle. I've never seen 3 legged caps. Are they two inside sharing the same ground?

What? A dual capacitor? Sounds useless/pointless. My guess is that it would be a feedthrough capacitor. Check the resistance between the outer two legs; they should be connected together internally.
https://sites.google.com/site/pk2devicefileeditor/

Those multiple capacitors used to be very common, they made them with 2, 3 and sometimes 4 capacitors in one housing sharing the same ground. They were used in power supplies that had multiple outputs.
H

The motor start capacitor in my AC unit was a dual, until it failed. Couldn't find a replacement, so found two relatively close in value... Been working fine for the past 7 years.

dougy83 said:
What? A dual capacitor? Sounds useless/pointless. My guess is that it would be a feedthrough capacitor. Check the resistance between the outer two legs; they should be connected together internally.
Click to expand...

Still got them in stock at work, they were commonplace in old TV sets.

If you didn't have the correct replacement a common 'bodge' was to put another one in parallel with the faulty section - connected via long wires, and the new cap taped round a chassis member
PIC programmer software, and PIC Tutorials at:
http://www.winpicprog.co.uk

What size is the capacitor?

They are a little bit bigger than a tantalum cap, same color and material. There are two sets of markings on each, one says 476 10K and the other 336 16K. I'll try to get a good pic of it.

It sounds increasingly like a freedthrough capacitor to me.
I do not answer private messages asking for help because no one else can: benefit from advice I may give or correct me if I'm wrong.

Sounds like a 47µF, 10v and 33µF, 16 volt, both with 10% tolerance*. A dual cap, as mentioned, extremely common in "can" form in the 1950s and 1960s, often with two, three or as many as four sections in each cap. Most "All-American 5" table radios had a two-section filter cap, maybe 60µF/40µF with a 150v rating. Some were above-chassis-mounted cans, others were axial-lead units below the chassis.

More recently than 1970, I've also seen three-leaded caps where two leads were the cap proper and the third lead was the "can".


*10% tolerance for an electrolytic is not the norm; they're usually specified something like +80/-20% as power supply filter caps are used as bulk capacitance, and the more the better.

As promised (be still my beating heart)

Click "Advanced", click the paperclip to "save attachment".
Please respond to items in forum, not in private messages.
G

May be that plastic variable capacitor ,that usualy use for transistor receiver
Last edited: May 31, 2009
K

gabeNC said:
On the board C1 & C2 are clearly labeled and each "capacitor" had three legs with the ground in the middle.
Click to expand...

Hmm... Looking at the datasheet for the voltage regulator, it appears that the middle leg of C2 goes to pin1 of the regulator which is the + input: 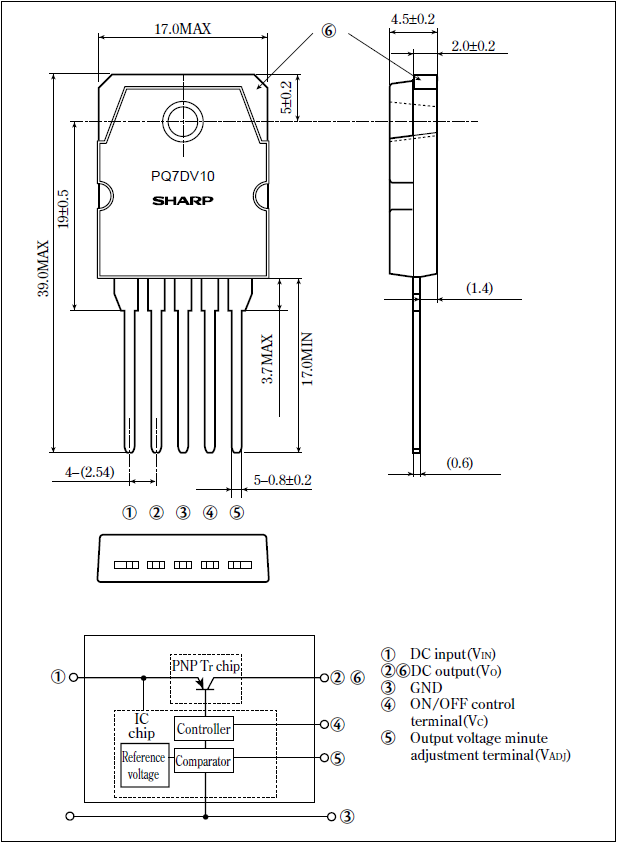 Maybe post a shot of it from directly above so we can see exactly where each leg of the caps go?

Last edited: May 31, 2009
Inside every little problem, is a big problem trying to get out.

Q
A pie filter design - 3 pole with an added capacitor to Gnd.