Can you provide a better picture of 12 bit DAC to 8 bit data bus or explain the address decoding? 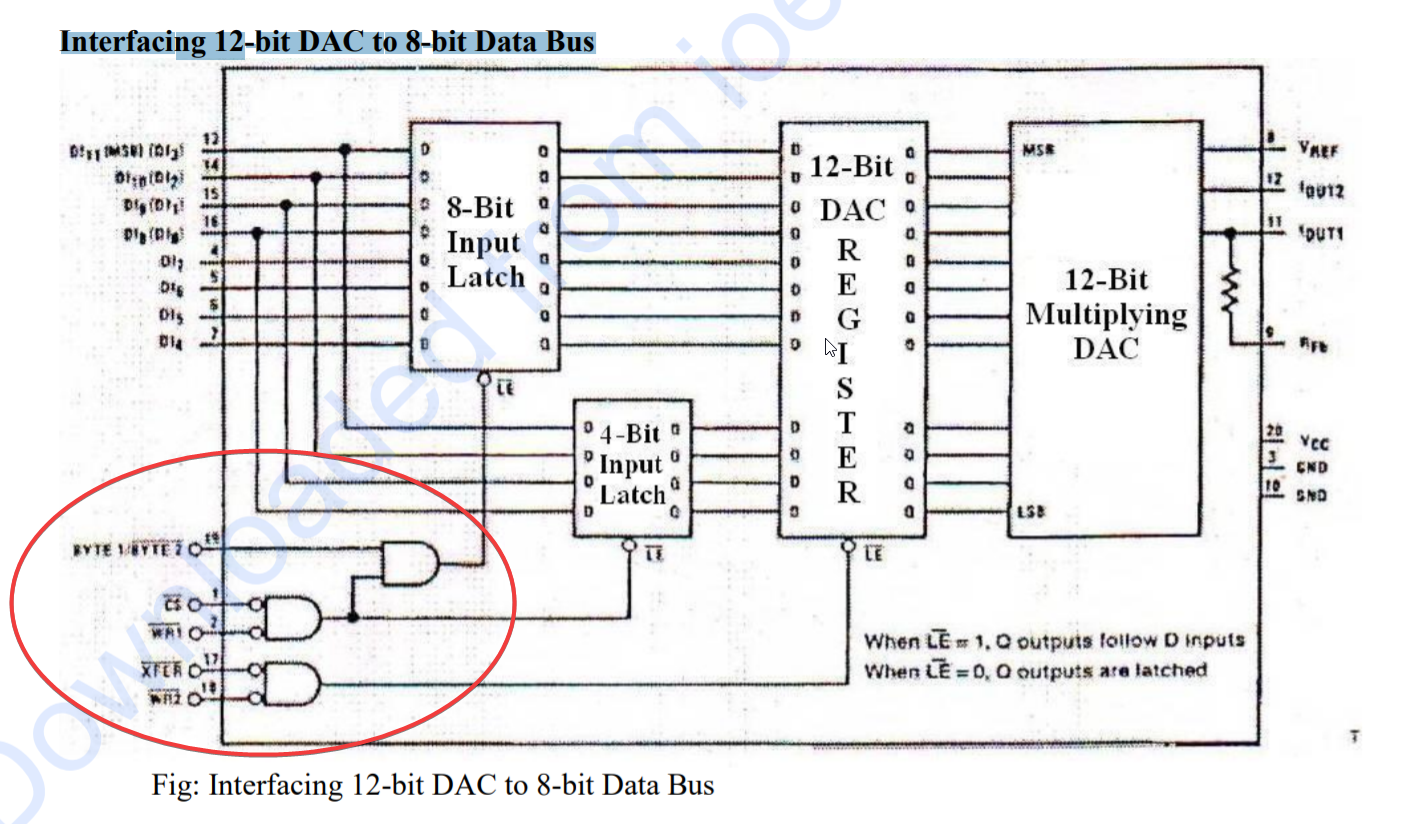 Most Helpful Member
The byte1 /byte2 line is in effect "A0", selecting which of the input latches is written to when /WR1 is activated.

As those have to be loaded during separate instruction cycles, if they were directly linked to the DAC, it would have part of the new value and part of the old value between those two cycles.

The second latch can load all 12 bits at the same time, when the /XFER and /WR2 signals are activated.

The full address decode to set the physical addresses the DAC setup operates at is not shown.


Note that this setup could be simplified, with just one latch and the other data lines straight to the DAC register; load the latch then write the DAC register, which would take the latched data for one half and the new data for the other.

That's how 16 bit peripheral transfers are done in some MCUs; eg. write a holding register for the high half of a word, then write the low half to another register, which also transfer the stored high byte.

The detail logic is strange.. The latch enable are shows active low, but the text says they are active high.
P

Most Helpful Member
The 4 and 8 bit latches don't have an OE input so there outputs are either following the input or the latched value. This will cause contention on the bottom 4 bits. They don't need to latches at all and would be better using something like a 74244 octal buffer.

Forum Supporter
Most Helpful Member
Some of these datasheets go from language to language... But if pins 1 and 2 are low the output doesn't match the internal latch ergo the text must be right.
I'd give my left arm to be ambidextrous
Nigel's tutorials in asm... http://www.winpicprog.co.uk/
Nigel's tutorials.. re-written in C. http://www.electro-tech-online.com/content/467-nigel-goodwin-s-tutorials-c.html
You must log in or register to reply here.

G
Design an 8-bit adder block that can add any two 8-bit registers from a bank of 10 registers and store the result again in any one of them.

S
can anyone explain me the circuit