Most Helpful Member
What, your Googler is broken?
Upvote 0 Downvote
F

Thanks...Google not getting anything on SMPS at these voltages.
Its a total blank area on all search engines.
Upvote 0 Downvote

Most Helpful Member
A PFC (Power Factor Corrector) boosts to 400V. There are many notes on that.
Upvote 0 Downvote

Most Helpful Member
- photos and block diagrams have certainly been published in Researchgate for proof of concept in the paper., anything else might be covered by an NDA or commercial confidential rights.
Upvote 0 Downvote
F

Thanks, also at the moment, i am looking at Cockroft Walton, vs LLC converter with step up transformer.
As you know, PFC can only boost up to some 1000v max as FETs dont come much above 1200v rating.
Upvote 0 Downvote

Most Helpful Member
IXYS has mosfets to 4kv.
Here is a fun little part. I like the TO0247-4 package in SiC but not in GaN.

Most Helpful Member
Out of my league here, but for those high voltages and amperage's, wouldn't a flyback circuit be more appropriate than a SMPS?
Upvote 0 Downvote 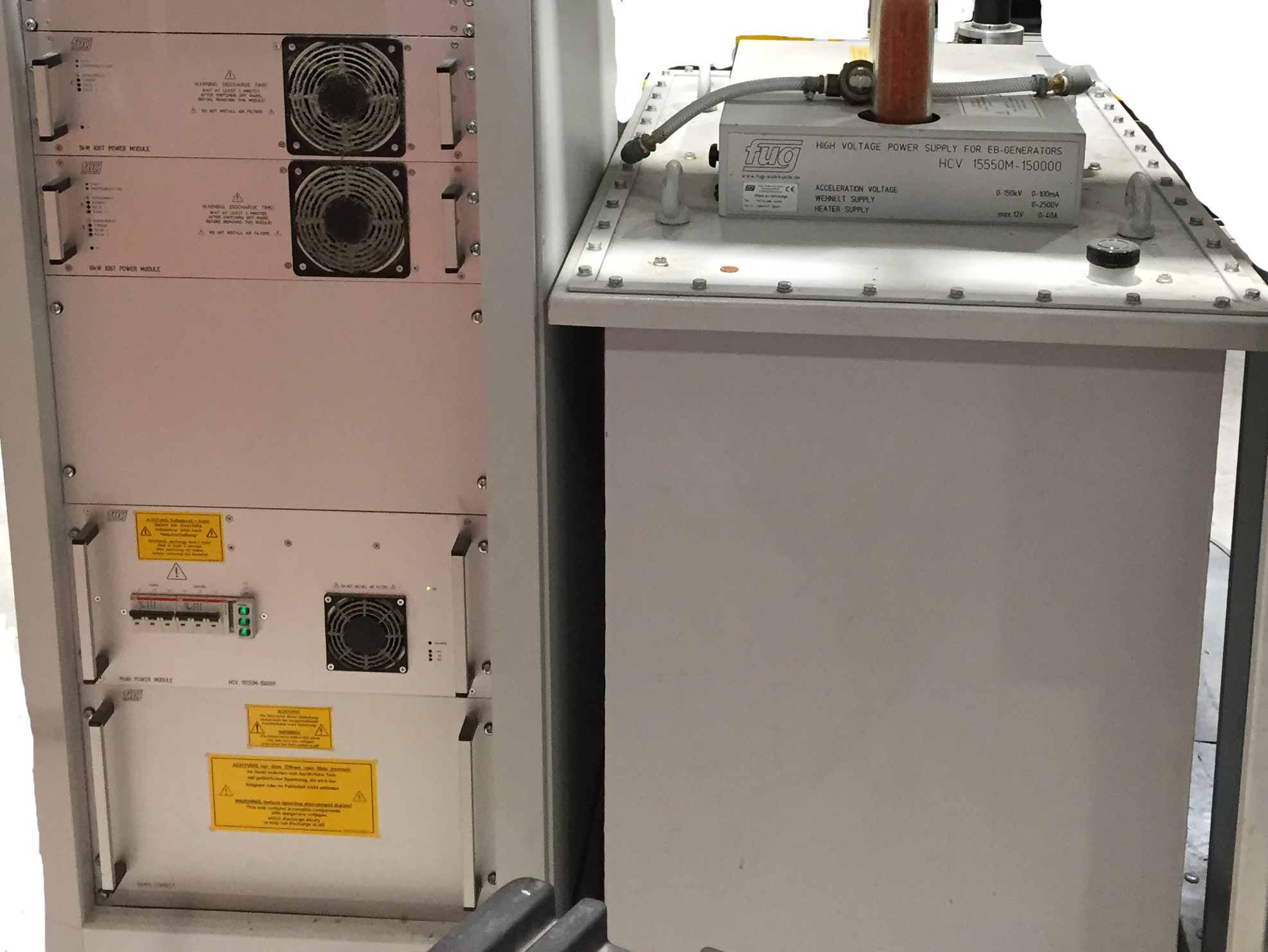 That's in a customers site I cannot say where it is or what it does & other stuff in the image background is also confidential.

However you can see the same or similar modules on pages 3 - 4 of this brochure:

We've just had a new substation installed at work and we can generate up to 1MW via four switch mode power supplies. Either used individually at 250KW each or in parallel for a little more oomph ! 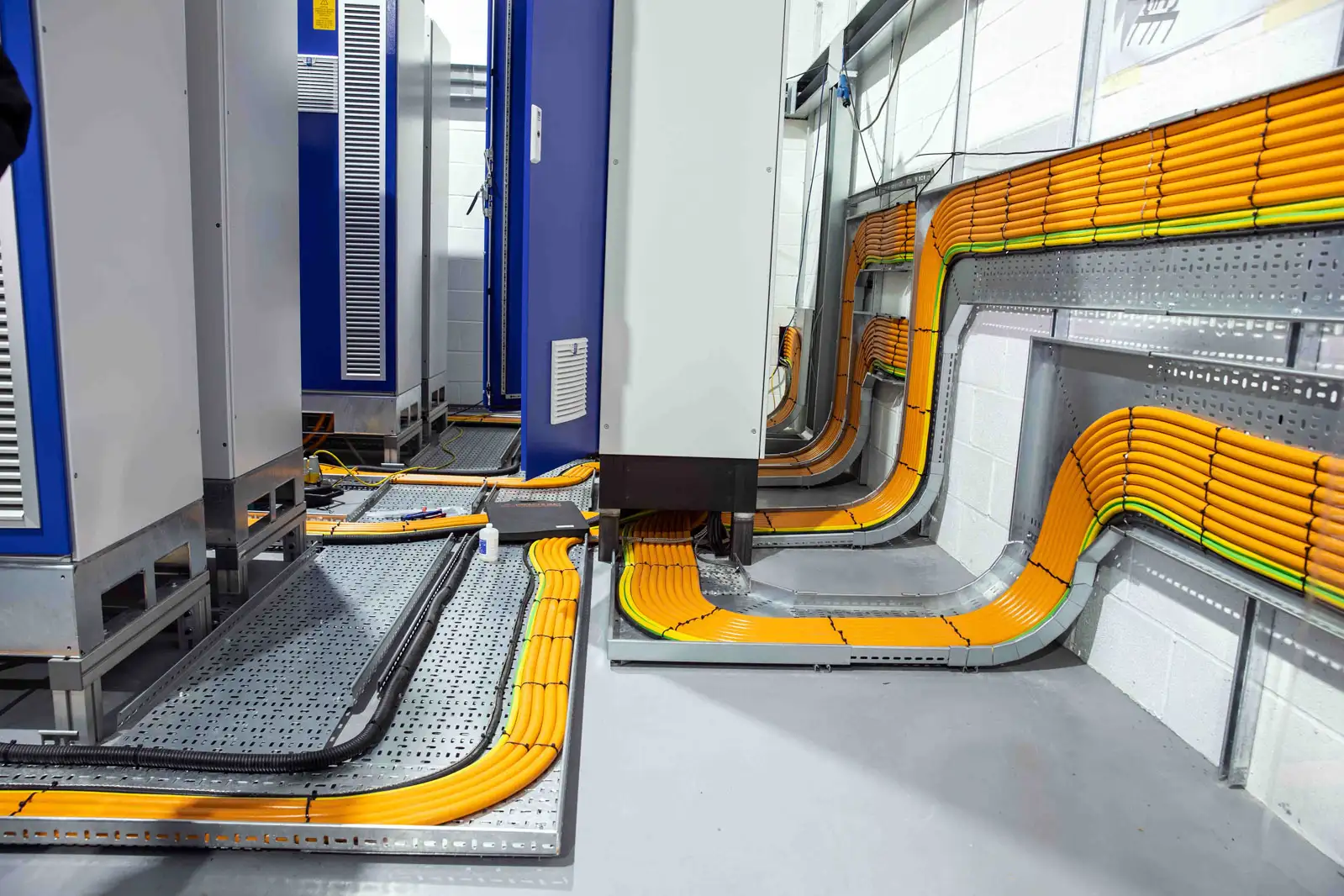 picbits said:
We've just had a new substation installed at work and we can generate up to 1MW via four switch mode power supplies. Either used individually at 250KW each or in parallel for a little more oomph ! View attachment 138954
Click to expand...

shortbus= said:
Out of my league here, but for those high voltages and amperage's, wouldn't a flyback circuit be more appropriate than a SMPS?
Click to expand...

Flyback designs were once limited to 100W, then 200W because of the high ratio of stored energy to achieve a stable operating point. So not a good topology.

Forward converters using transformers do not store the energy but rather transfer by transforming with a turns ratio. But using higher-frequency toroidal cores allows the size reduction relative to line frequency and minimizes EMI concerns. The secret to highly efficient high switching power supplies is to store as little excess energy as possible, often just enough to sustain a 16~20 ms dropout from the grid.

The MPT or maximum power transfer will occur when the source impedance matches the conjugate load, but this will only be 50% efficient. This is when R-load= 2pifL= 1/2pifC
You want the source impedance to be much (50x) higher than the load as this determines the step load voltage error before regulation corrects the error. That (50x) enables a 2% step load error best case.

Thus a loss budget is critical such as x% for each component and then a cost sensitivity for that impedance and choosing the most cost-effective values to meet the efficiency specs. As current increases, the conductor & semiconductor resistance must reduce which increases cost and size.

My initial sight of megawatt inverters was working as student grunt labor in the early 70's for Manitoba Hydro at the HVDC Dorsey station as English Electric commissioned their design of mercury valve inverters. I'd be curious how they have been maintained.
Last edited: Oct 14, 2022
Upvote 0 Downvote
S

Most Helpful Member
Sorry you guys, but I said I was out of my league. Never knew that they, SMPS could be made that big.
Upvote 0 Downvote

shortbus= said:
Never knew that they, SMPS could be made that big.
Click to expand...

In the lab next door, they are making very large power supplies. They are modular.
Let's say that Mr. Flyback knows how to make 1kw supplies, then you parallel 10 or 50 to get more power. If one fails, the rest keep working and someone comes by and slides out the defective module and replaces it.
Upvote 0 Downvote

ronsimpson said:
In the lab next door,
Click to expand...

Flyback said:
with voltage 1kV to 400kV
Click to expand...

Most Helpful Member
I have tested 5 MVA transformers up to 200kV with diode cap voltage doublers that are about 1m high cascaded from 50kV. That was to find the cause for PD in the oil tank which was an interesting challenge. They use 1GV DC or +/-0.5GV to create the electric fields to zap contaminants to make crosslinked cable XLPE and vulcanized tires. That results in enhanced mechancical strength an electrical insulation properties. For anyone interested in theories. https://ietresearch.onlinelibrary.wiley.com/share/S2SG9WYCWRMC3YNC3EYF?target=10.1049/hve.2020.0009 The Chinese , I think have more 1GV grids globally and PD experience than ABB.
Upvote 0 Downvote

Maybe for a transmission line.

https://en.wikipedia.org/wiki/High-voltage_direct_current
Upvote 0 Downvote
You must log in or register to reply here.

A
Voltage rating of a zener diode found out of nowhere