A Quick Question About Thermistors

"Any probe especially water proof can be used as a hygrometer regardless of the resistance if you know how to use it. And that's our secret which I will not share."

I have several issues with that statement but I am trying to do my due diligence.

Question: can a hermetically sealed NTC 10kΩ thermistor "be used as a hygrometer," and if so, how? I am just not seeing it.

Most Helpful Member
You could make a "wet bulb" thermometer using one. 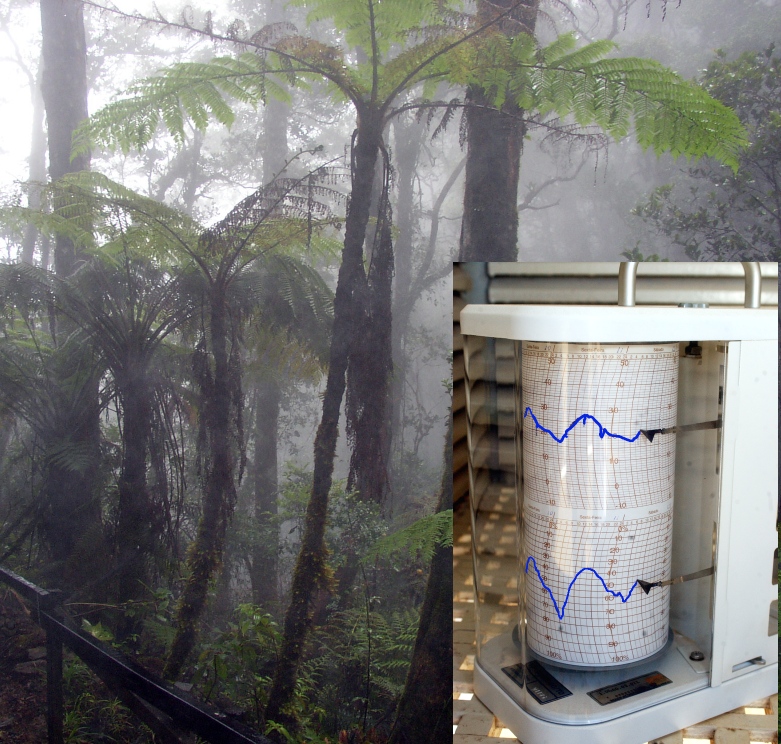 By using another dry temperature sensor in close proximity, with either another complete temperature indicator or by switching between the wet one and a matched dry thermistor on the same instrument, the two readings could be used to work out air humidity.

That is one class of hygrometer.
N

His response I relayed in my original post above. He is adamant that "any probe" can be used as a hygrometer without modification. Personally, I think the guy is nuts and that he is flat-out wrong but I thought to check myself before I wreck myself.
Last edited: Feb 19, 2020

naa60512 said:
He is adamant that "any probe" can be used as a hygrometer without modification.
Click to expand...

Ask him how a Hall effect magnetic probe could be used as a hygrometer.
My circuit designs should be regarded as experimental. Although they work in simulation, their component values may need altering or additional components may be necessary when the circuits are built. Due safety precautions should be taken with any circuit involving mains voltage or electrostatic-sensitive components.
Alec's First Law:-
Every problem has a solution (given the right information and resources).
N

alec_t said:
Ask him how a Hall effect magnetic probe could be used as a hygrometer.
Click to expand...

Lol, diolch am eich ateb. I am trying to be extremely polite. There are cultural differences to be considered (I am an American, he is a Filipino). I'd hate to realize after the fact that I missed something incredibly obvious. Wouldn't be the first time, tho.

Most Helpful Member
If you are missing anything then I am also missing the same thing.


naa60512 said:
"Any probe especially water proof can be used as a hygrometer regardless of the resistance if you know how to use it. And that's our secret which I will not share."
Click to expand...

The statement is nothing short of childish. Years ago I used wet bulb/dry bulb quite a bit and with thermocouples. Additionally did quite a bit of hygrometer calibration using saturated salts. Just maintain your cool as you have been doing and politely tell the person if he can't share how it is done you will merely assume he is fabricating or simply lacks any understanding of the subject matter. I am having trouble conveying this because polite correctness was never my strong point. How to tell someone they are full of crap or an idiot was something I was always direct about. Read up on saturated salts and how they apply to hygrometer calibration and then ask this humidity guru how do we calibrate hygrometers accurately.

On the subject of relative humidity calibration this is a good read. Interesting also is the avalability today of sensors to accurately measure a wide range of things at relatively inexpensive prices.

Ron
Last edited: Feb 19, 2020
Please do not PM me with forum related questions. Let's keep things in the open forum. Thank you.
P

Most Helpful Member
Assuming you don't need quick readings, is the following possible? Read the temperature with the thermistor then measure what power is required to keep the thermistor 5°C above the measured temperature. Would higher humididy mean it needs more power to maintain the temperature? Also, assuming still air.

Thank you for your reply and for the link to the .pdf!

I occasionally use the saturated salt method to check my hygrometers.
N

I think that moist air (higher humidity) holds heat more efficiently than dry air, so wouldn't it require less power to maintain the temperature? To be honest I rarely worry about the RH but the guy kinda set me off. I am not overfond of people posting bad info. Thanks!
P

Most Helpful Member
I assumed the heated air would rise and new air would need heating. I also assumed that moist air requires more energy to heat it.

Pommie said:
I assumed the heated air would rise and new air would need heating. I also assumed that moist air requires more energy to heat it.

This is why I ask experts, I am just a hobbyist. This gives me something to look in to, thanks!
P

Most Helpful Member
Whilst there are some expert on here, I don't class myself as one of them.

Most Helpful Member
This is a brief read on the subject and I can't attest to its accuracy. The consensus is that it will take more energy to heat humid air but the difference is negligible. In the case of the power dissipated by a thermistor I really don't see much difference happening. Then too this stuff was not my forte, thankfully.

Most Helpful Member
Bear in mind that a hermetically sealed thermistor is not or at least shouldnt be thermally sealed, the temp of the resistive element is very close to that of the surroundings.
Red to black, black to red and blue to bits.

Most Helpful Member
I would tell the guy that you are interested in learning how we can measure humidity with only one thermistor and, once you and the rest of the team understand and believe. The robustness of the technology, you'll be happy to use the idea. Also, The team buy-in is important because a sustainable project needs to be documented and team members trained on how to repair the device or make future modifications - especially if this brilliant guy finds more interesting things at some point in the future and leaves the team.

P
a quick question about transformer

May 9, 2018
schmitt trigger
S
M
A quick question about purpose