Why does SIM800L respond to AT+CIPSEND with “+CME ERROR: operation not allowed” when the IP address and the TCP connection has been established?

I am working with a team to send data from Raspberry Pi over 2G network to a server using a GSM module called “SIM800L EBV”. We encountered an AT+CIPSEND error that has only occurred in Zambia, Africa while having been working correctly in the US (Arkansas, Colorado, and Washington state) for two years.
Below is an example of our SIM log. We noticed from our log that the AT+CIFSR to request an IP address is working. And when AT+CIPSTART is run to start the TCP connection to the server “obfuscated.org” at port 11002, the response is OK and CONNECT OK indicating that the TCP connection to the server has been established. However, when AT+CIPSEND is run, we received an “+CME ERROR: operation not allowed”.
Has anyone encountered this problem before? Does anyone know about any supporting information that might help solve the problem? Is there any suggestion on how to get around this CME error? Is there any other command to replace this AT+CIPSEND command? Why does it work fine in America but not in Zambia?
Many thanks!

For reference, below is a picture of the SIM800L EVB module. 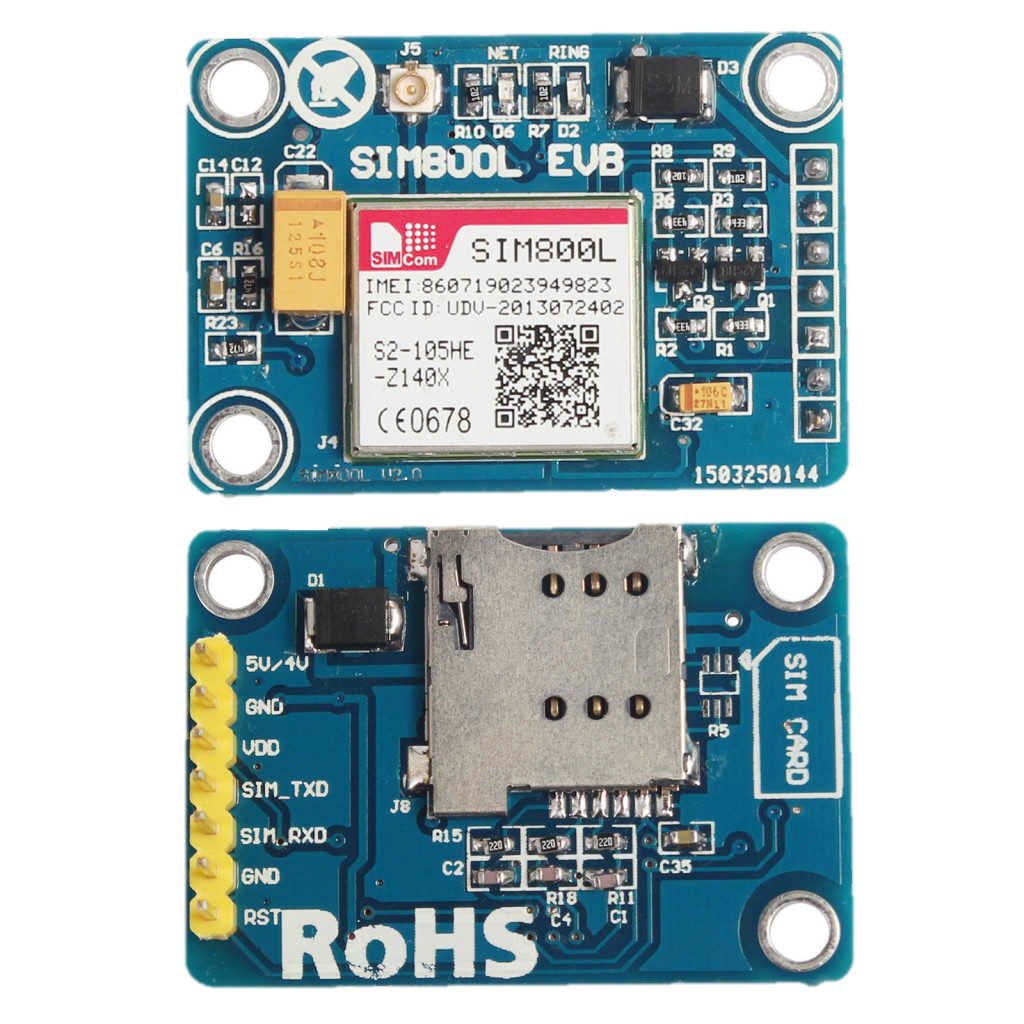 You could try updating the firmware on the SIM card. Beyond that the only other suggestion I can provide is to look through the open source code for sakis3g (google it), they're able to establish an internet connection over sim through a ppp interface and their code might be helpful.
N

The network infrastructure and SIM used on that network has to allow data of the type you are using. So what might work perfectly fine in one country doesn't in another. Its very hard to get definitive information from all the various telecoms networks as they don't publish info and they all seem to set things up slightly differently in their routers.