Thyristor as a traic

Problem: When i simply gave supply to 7 and 5 with a blub connected between them(no pulse signal to gate) the blub glow. Then I checked the individual gate terminal with my tester i saw a phase indication present in gate terminal 4. That was causing the blub to glow. But i expect no phase indication in both gate since i want it to be controlled through my pulse signal. What actually is happening in this case and how can i solve it?
Note: my connection is same as in second picture.
Thank you. 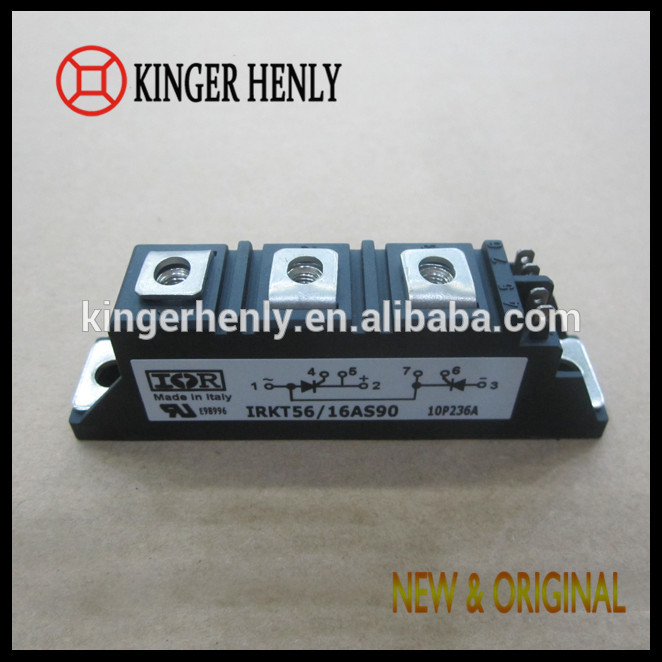 Most Helpful Member
The triggerin in an antiparallel SCR configuration is different than from a Triac.
In a Triac you will always have three quadrant triggering and in select types, four quadrants.

But in the antiparallel SCR only two quadrants are available.
R

Thanks the problem is solved. This configuration with minor change did that. 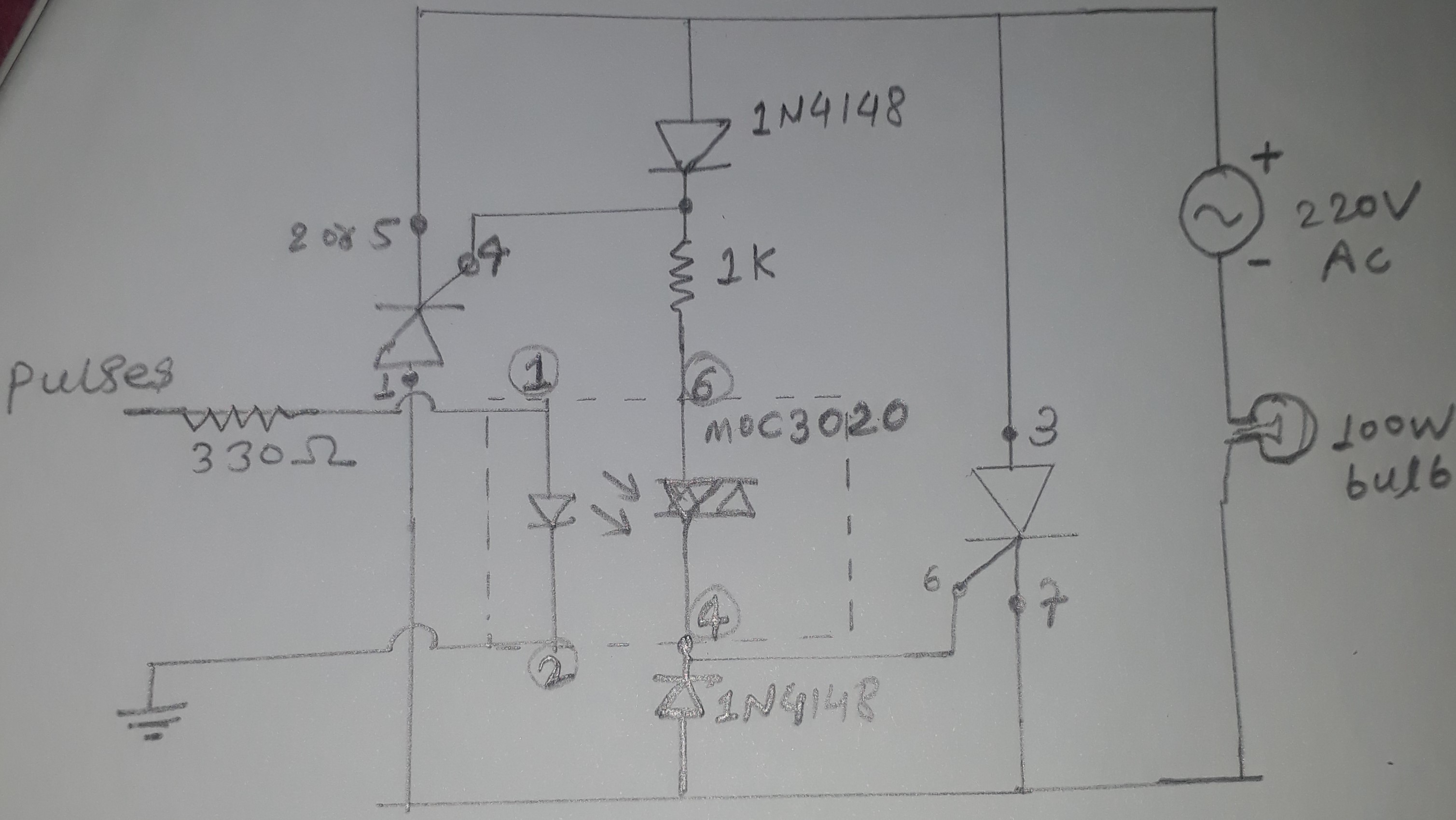 schmitt trigger said:
The triggerin in an antiparallel SCR configuration is different than from a Triac.
In a Triac you will always have three quadrant triggering and in select types, four quadrants.

But in the antiparallel SCR only two quadrants are available.
Click to expand...

Actually i am trying to make a dimming circuit that can be controlled through the number of zero crossing. It looks something like this(fig 1). I am trying to trigger gate of triac to give variable power to the load.My overall program is this:

The problem is if i call function firing() within void zero_crosss_int() (as below) then number of zero crossing per second (which is want) goes higher than it should. I think this is due to delaymicroseconds() inside firing() which is causing some delay and made the time more than 1 second.

Can you please suggest how can i do both stuff ( calculating zero crossing per second as well as firing the traic) at once. Thank you.

A
thyristor pick a heat

C
Question on a thyristor

J
pulsing a thyristor with an IC...