Here's some pics of a robot named SPARC that I built a few years back. I made it to help me out in my lab. It is voice controlled, and uses two Arduinos as a brain. It has one arm (with interchangable grippers), movable spotlights, a toolbox and a power inverter. It can move on it's own, and has "follow me" capability, and collision avoidance. There is also a "mast" that goes up and down like a power antenna to give and take things from me while on a ladder (mainly light bulbs). The smartphone in the picture was there just to show the time, play music, and give additional voice capability with an Alexa-type app, but did not control the robot.
The head is from an old TIE telephone switch, the central body is from a compaq computer case, the lower motor section is an old UPS shell.
It looks tippy, but it is actually quite stable. The battery is in the bottom, and the rest is rather light, so it balances itself nicely. 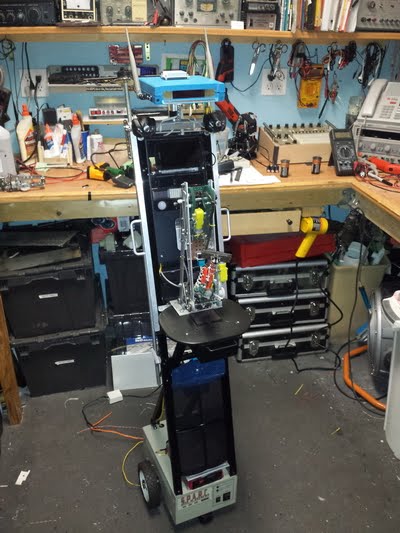 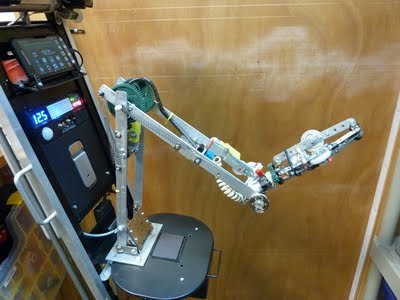 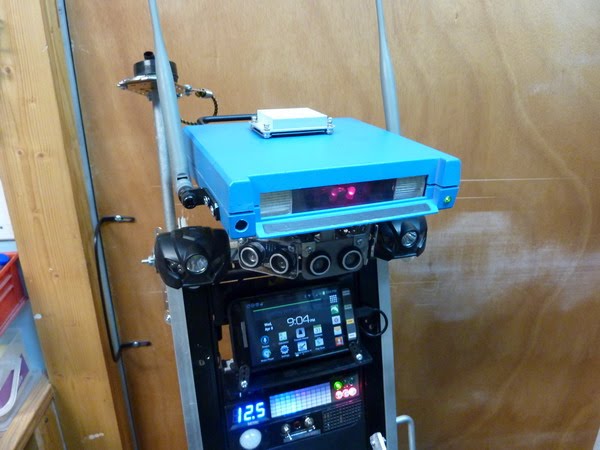 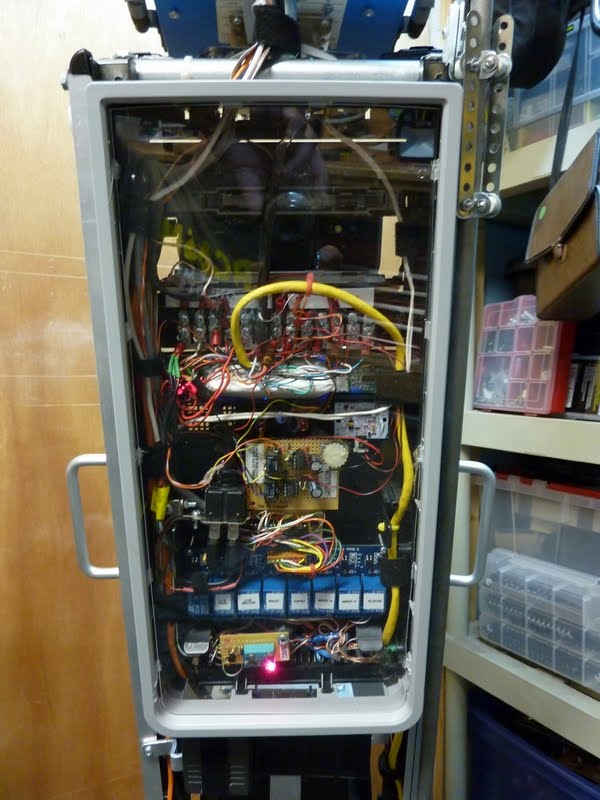 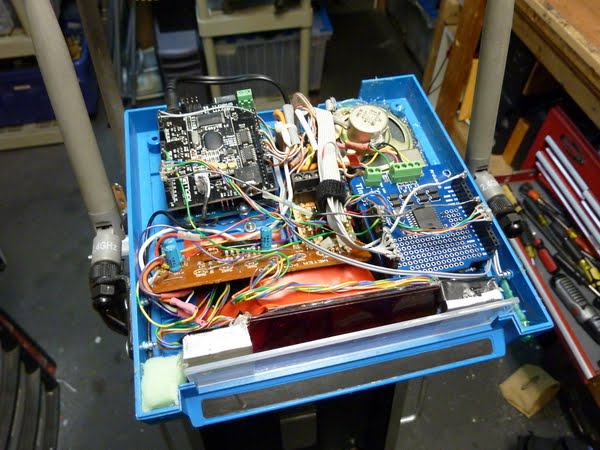 That is awesome! How long did it take to build?

About three months. A lot of that time was devoted to research on what parts would work for various systems and ordering them. Mainly the drive motors for movement.
Here is some more info on it: https://sites.google.com/site/techntires/home

B
Help needed with garage door control for robot lawnmower

May 3, 2022
For The Popcorn
F
G
Help wanted to power an AC120v induction motor ( edited from Brushless motor - thank you @SHORTBUS= )

L
Video camera recommendation for a ESP32 based robot

S
How to control a Robot with an AI program on a computer?