Help with DC-DC boost and SSR

I am working with a professor who wants me to create a circuit that mimics our lab testing setup, but using a microprocessor instead of a square wave generator.

I have a ESP8266 microprocessor which provides the 1kz on a GPIO, and I am able to drive one half of the SSR with the GPIO high and the other side with the GPIO low. That works fine – I was able to have 2 leds driven by the SSR in opposite phase showing (a slower) square wave.

But when I try to switch the 100v through the SSR (mosfet), only one side of the DC will oscillate. It doesn’t matter which side of the relay I use and it’s not affected by polarity. But for some reason one output of the divider referenced to HV ground won’t switch.

I’m stumped but I suspect this is related to some feature of the EMCO part. Any help would be appreciated! 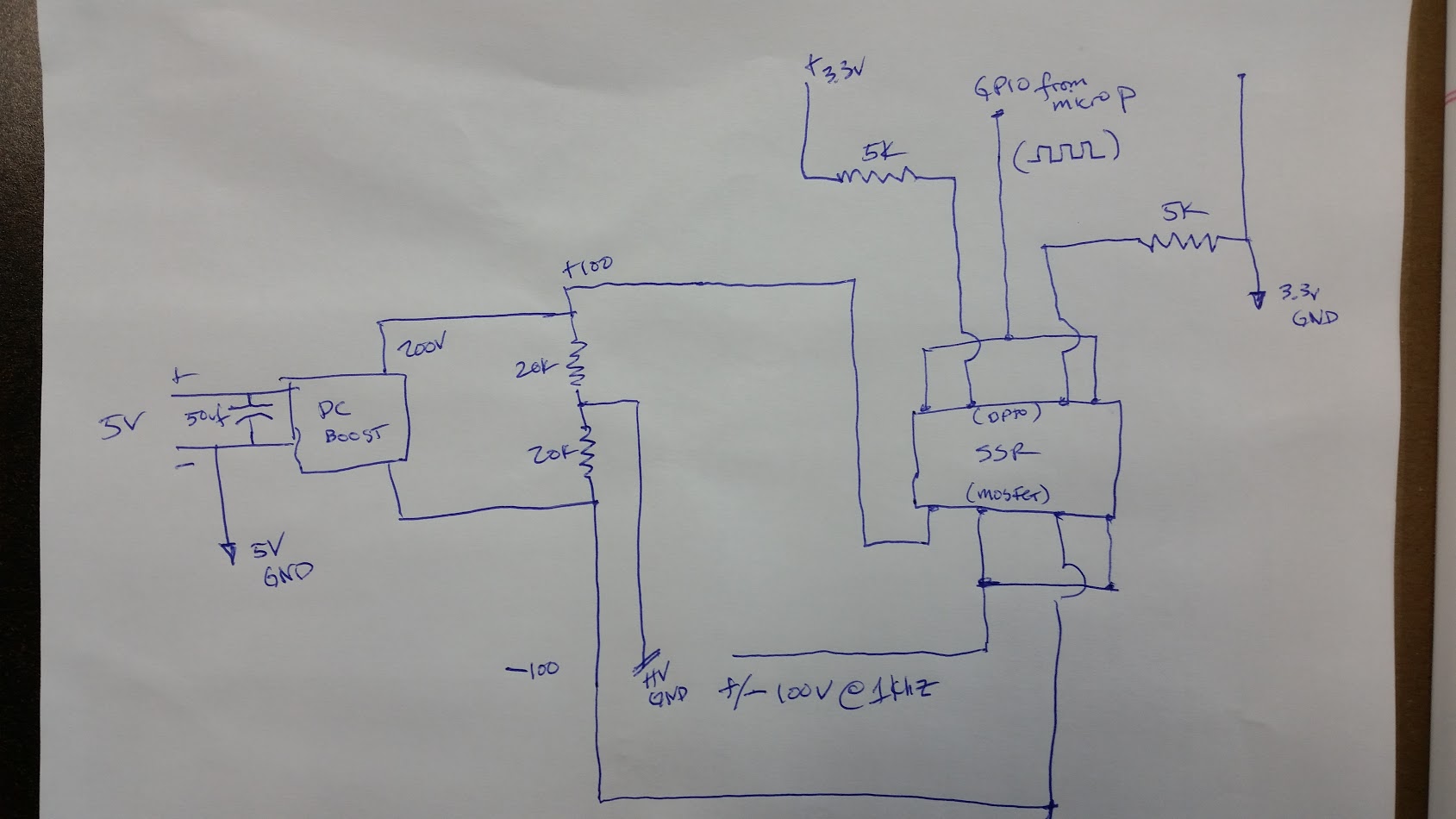 Most Helpful Member
Have you considered just using a high-voltage, logic-level mosfet driven by your MCU (e.g., **broken link removed** )? If you need to source, rather than sink the current, look for a P-channel version.

I think your first fix is to get more current in the SSR inputs. You might not be able to get the 5mA the recommend but try for a good solid 2mA.
W

Kat1e - if I understand your post, you had LEDs on the mosfet side of the SSR driving in opposition, right? Please confirm. If that's so, then I'm not understanding ronsimpson who seems to be suggesting that you are underdriving the inputs of the SSR. But there may be a correlation between loading of the mosfets and the ability of the internal opto led to fire, but I'm not experienced enough to know for sure. Intuitively I see them as separate. It sounds like the issue is the emco device - is there possibly an internal cap that is drawing a charge and delaying the 500us drive? Why not try the direct mosfet and scrap the SSR as jpanhalt suggested?

The SSR is an opto isolator. On the left side are two LEDs (light emitting diodes). On the right side are MOSFETs.
Just like any LED it takes current to make light. At only 400uA you are not going to get much light. Light is needed to turn on the MOSFETs.
The problem is simple. Use the part the way the data sheet indicates. 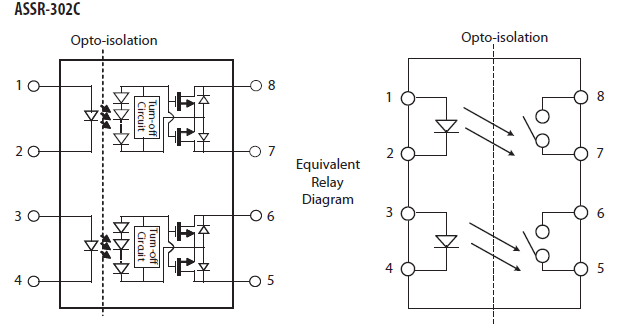 weekendguy said:
ou had LEDs on the mosfet side of the SSR driving in opposition, right? Please confirm.
Click to expand...

Yes that is correct.

ronsimpson and jpanhalt thanks a lot for your suggestions! I think I am making progress based on some of the points you have made.