In making my laser-pointer-cat-chasy-thing, right in the middle of code adjustments (lots of "uploads"), it pooped out, and stopped being recognized by windows. This caused the Arduino IDE to never 'kick into uploading' it's sketch. This isn't an arduino question, though.

The device looks like this one (sorry, but BBCode image resize not working here): 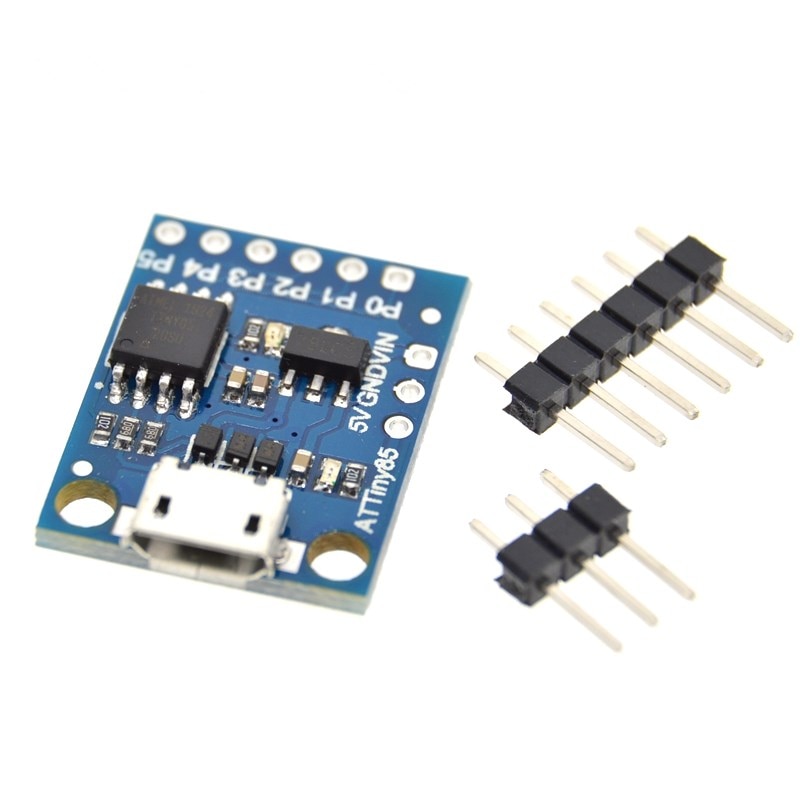 ​
Its still the ATTiny85 in there, and though it lit up, on power, after a tone of debugging (re-installing everything, USB debugging tools, rolling my own INF files, etc.) I found that the pre-5 second bootloader (or something preventing it) was not outputting the necessary Vendor & Product IDs in that first 5 seconds. Windows gave up, declared it unknown, and applied USB.inf to it.

In my searching, I'd read in one post/article where someone said this happens when you upload a lot (count?) of times to a chip using the bootloader, if it gets confused and writes that 'sketch' into the area of memory the bootloader sits in (by accident). I also read that this 'bootloader' sits in the same memory as where the 'sketches' live, but my 'sketches' are quite small (~100 lines).

Another board, and the official Digispark one, works fine.

Seeing as the attiny85 is a SMD and in situ, how does one re-burn the bootloader? Is this possible?