In a recent thread, Nigel contended that a problem with USB power banks is that they will not work for low current-draw applications. This did not agree with my experience and I pointed out that USB power banks the have a switch to turn them on will indeed shut off if the current drain is too low, but the simpler (I used the term "non-fancy") power banks do not share this trait.

Simple power banks with no power switch and typically with one battery always present battery voltage to the USB connector (presumably the battery protection circuit eventually cuts it off), and when a load is sensed, turn on the DC-DC converter to provide a 5 volt output. Experimental results prove this contention. I connected various resistors across the power bank output (USB connector) while monitoring the output voltage.

The table below shows the results. At some point between 0.28mA and 0.47mA, the DC-DC converter switched fully on, providing 5.14 volts to the USB connector, and will continue to do so until the battery protection circuit cuts off on low voltage.

This is the power bank I used, although I have several others of the same type. If there is not a power-on button, a USB power bank will behave similarly to this.

I hope correcting some erroneous information may be useful to others considering this handy power source.

Most Helpful Member
Thank you for your experiments, I'll have to try my similar power banks again.
PIC programmer software, and PIC Tutorials at:
http://www.winpicprog.co.uk
V

If you have a 5 volt circuit with a low power sleep mode that will continue to operate at 3.5 volts, direct battery voltage could keep it alive at sleep, and the 5 volt supply would turn on when the circuit draws more than half a mA. That may be the best of both worlds.

I Have one that has no on and off switch but it tells you how much charge it has it will not come on without load. Then I have some cheaper ones that don't care they come on with maybe 1 mA or less probably way less I've used them on pic with nothing hooked to but a usb to serial.

I ran into this a bit back I got a nice power blank to find it wouldn't power on but the cheap ones would. They just didn't have the power rating I wanted LOl Good post Jon.
Burt
be80be
“No beard, no belly, no guru…”

Most Helpful Member
I have not gone into the same detail as Visitor here, just done a quick survey of the power banks that I have.
There are 5 in total, in my arsenal, ranging from expensive to cheapo.
Mophie Powerstation XXL (switched):

I most certainly did not pay the price in the link above. IIRC, I paid about $10 Canadian for a single unit.

For the cursory test, I powered a Chinese Arduino Nano V3, which simply samples A0 to A7, pulled to GND, and outputs the values to the serial port.......: 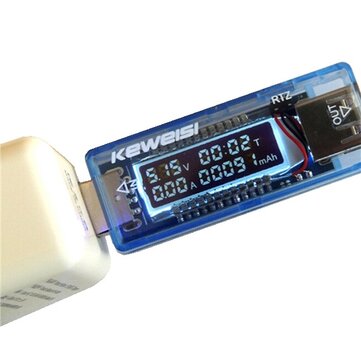 The Keweisi tester, if it is to be believed, shows "0.00A", so less than 10mA.
Unless someone REALLY needs to see what the Nano is actually drawing, I will leave it at that and say that in my experience, with the powerbanks I have, it does not appear that all of one type (switched/unswitched) behave the same.
Insert a quote or something funny here.....
V

Interesting. On the Staples unit, what voltage does the tester indicate with nothing connected? Or is the load of the tester enough to switch it on?

If there's no switch to turn it on, there must be some voltage on the USB power pins in order to sense load. The load required to switch the DC-DC converter probably does vary.

One application where I have used a variety of these modules is to power laser line-generator modules. After knee replacement surgery, when I was at physical therapy, one of the patients there had Parkinson's disease and was having great difficulty walking, even with a walker.

I had heard that laser line generators, projecting a line on the floor, provided a target for the next step and was very beneficial in helping Parkinson's patients walk more fluidly. I asked my therapist if he had heard of this. He said they were hoping to try it with this guy, but they were very expensive and they were waiting to try it out.

I had just received a few laser modules, which cost a buck or two a piece. I told my therapist that he would have a laser on my next visit. I eventually gave him several units, powered by cheap USB power banks.

I was happy and proud to see the Parkinson's patient a few weeks later, walking smoothly down the hall without hesitation.
P

Most Helpful Member
This is really useful information. Thanks for taking the time to work this out.

I'm going out of town tomorrow, or I'd dig up some other power banks to see if there's any consistency.
P

Most Helpful Member
The two I have both have switches but turn on when a Nano is plugged in but turn off after about 30 seconds. Might order some single cell ones to play with.

Most Helpful Member
Just checked and I can get the one shown in the top post locally for AU$5 (~US$3). Time to go shopping.

Damn. I don't think I can edit the title!
P

Most Helpful Member
Lol, I'm guessing the U is still universal but no idea what the BS could be.

Visitor said:
Damn. I don't think I can edit the title!
Click to expand...

OK, I've done it for you - I can't say I'd even noticed?, a classic case of reading what you expect, and not what it said.
PIC programmer software, and PIC Tutorials at:
http://www.winpicprog.co.uk
D

I use it quite often to charge an iPhone, and it stays on for that. It has a button to turn it on, and the charge level LEDS come on for a few seconds when that is pressed.

With a simple light, consisting of a white LED and an 82 Ohm resistor, the light comes on for exactly 30 seconds when the power back button is pressed. The light takes 23 mA (1.9 V across the resistor when running) and when the power bank output turns off, the voltage drops to 2.3 V or so, with mid state of charge on the power bank.

When the power bank is being charged, the output doesn't turn on, and the residual voltage is marginally less at about 2.2 V.
http://twitter.com/mtrak_uk
V

The type of power banks that require a button press to turn them on definitely do have a high current-draw threshold to keep them turned on and,, as Nigel said, this type is pretty much useless when it comes to powering small circuits. I have several of this type that I use for phone charging mostly.

The only supplies useful for powering low current-draw loads are the simple type with no power-on button, and, as Mickster found, not all of this type support small loads.

I'll be away from home for a couple weeks – when I return I'll round up my collection of power banks and test them, including the threshold to keep some of the type with a switch active.
P

Most Helpful Member
Out of curiosity, I purchased a single cell bank as shown in the top post and used it to power a Nano. It lasted 52 hours before the bank turned off. I'll find a use for it somehow.

They are a convenient power source.

Most Helpful Member
Had a chance to test out all of the power banks I have last night, due to a power outage.
Using my E-Cig (I know...should just quit period) the Staples cheapo device switched off.
The Fuel device switched off.
The iHave devices both switched off.
The Mophie Powerstation XXL switched off using the 1.0A outlet, but charged fine with the 2.1A outlet.
The E-Cig normally charges fine using either a 1.0A or 2.1A capable charger, such as which would come with a phone/smartphone.

Sorry to not have any further reliable data on this, but a severely overheating Mrs Mickster necessitated some rummaging in the salvaged PC fan box, the cable bundle storage, and a search for a charged 12V lead-acid battery, along with a 'strip/twist/tape' session.........First-world problems....
Insert a quote or something funny here.....
V

Just back at home. A couple data points to add.

This blue "Stick" battery was charging while I was gone. I expected to read the battery voltage at no-load, but it was zero. It was also zero whatever load I connected. This one is dead.

The next test was on this "Power Now" battery. This one has a push button power switch, remaining charge is shown on a 7-segment display and it has a couple LEDs for a flash light.

Pressing the power button with no load, the 5-volt output switches on. About 19 seconds later, the power goes off.

Similar operation with a 330 ohm load (about 16mA), same behavior.

With 2 x 330 ohm resistors in parallel (about 32mA), the 5 volt output stayed on indefinitely.

This is exactly as Nigel said, and it's sometimes]/u] true, particularly when there's a power switch and other features. I'll continue my search for some other power banks that are here somewhere.

J
I need some additional information about Rationale