hello, I have question about junction temperature.

However, I do not understand because it is very different from the chip (C3M0045065D, CREE) result.

The result of the chip (C3M0045065D) is that the heat gradually increases and then enters a steady-state state.

However, in the case of chip (CPM2-1700-0045B), heat is generated only when switching is on/off, and heat disappears again in conduction state.

In my opinion, it is correct to gradually increase and then enter a steady state, like the result of chip (C3M0045065D).

Finally, I have two questions. 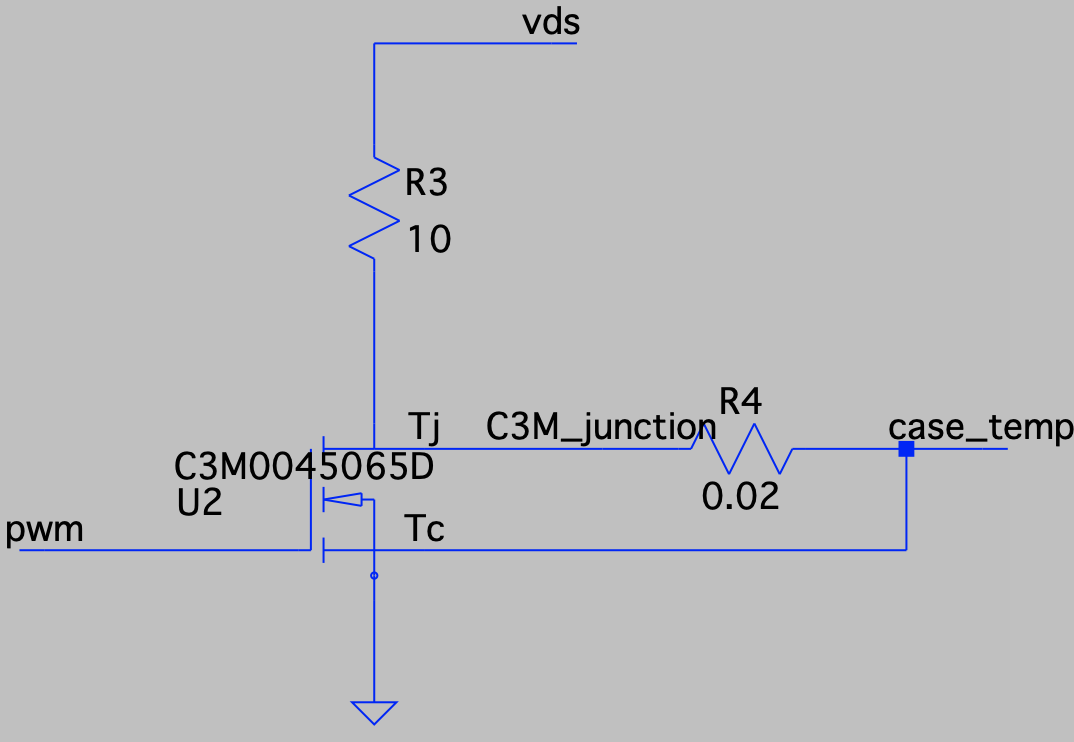 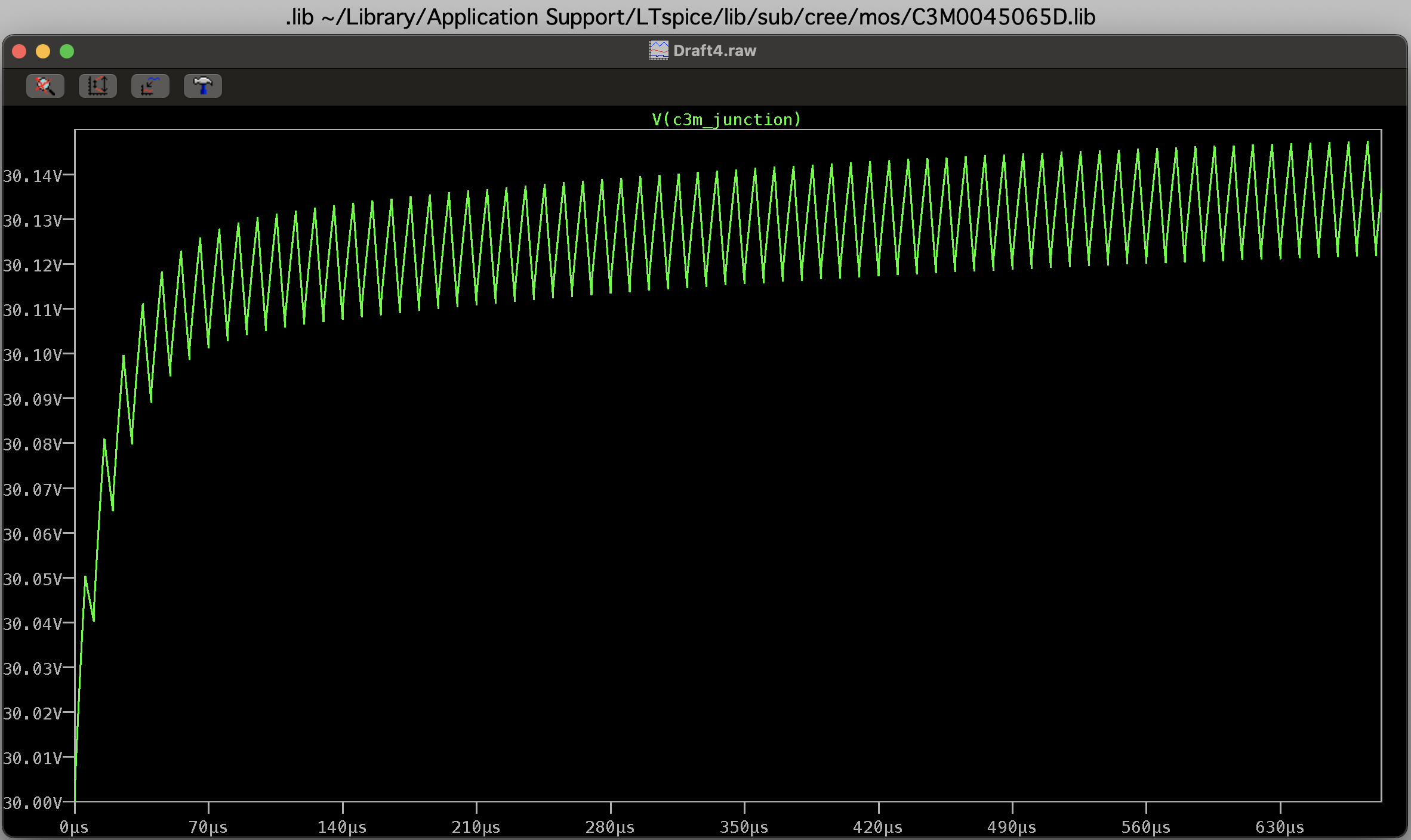 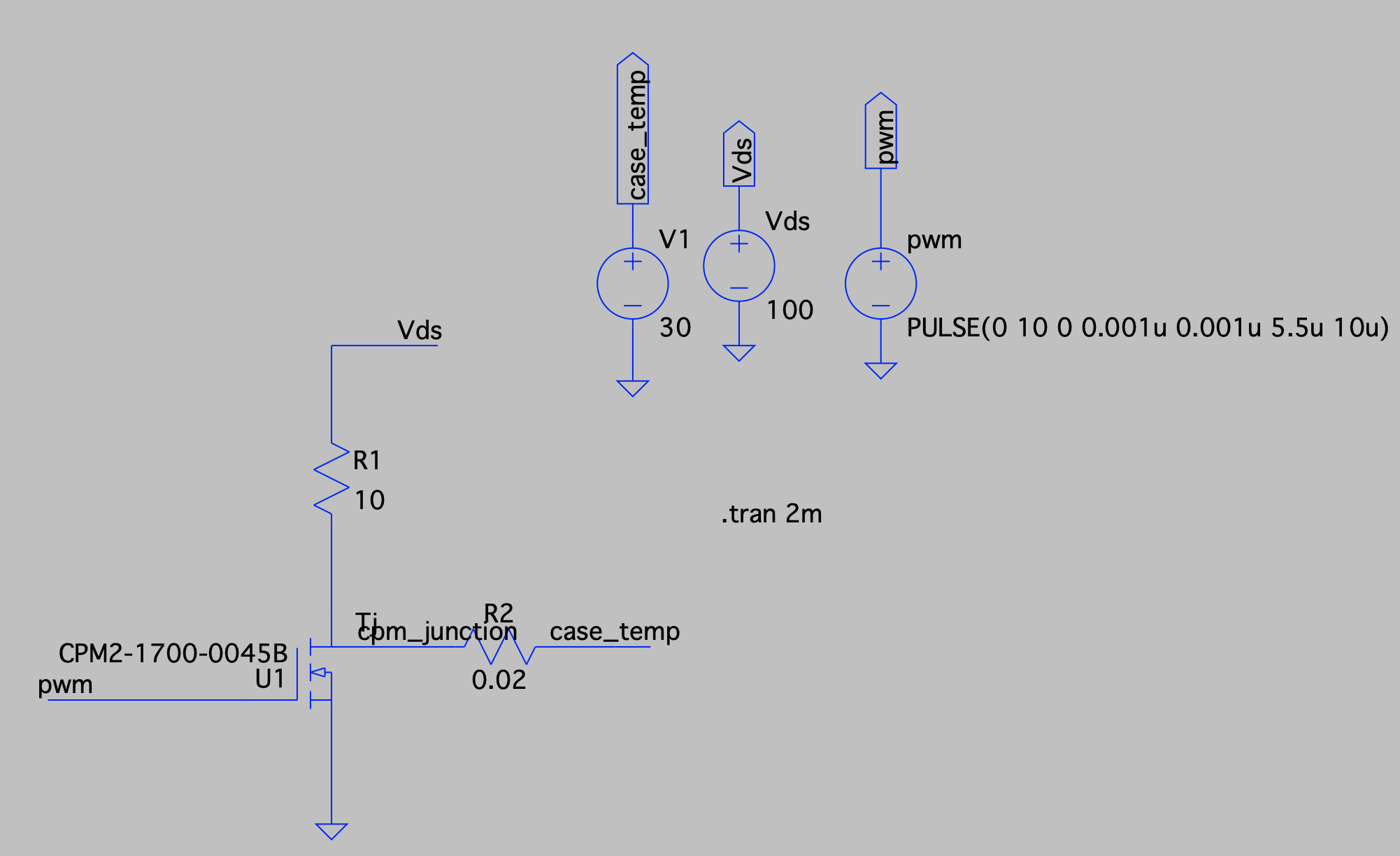 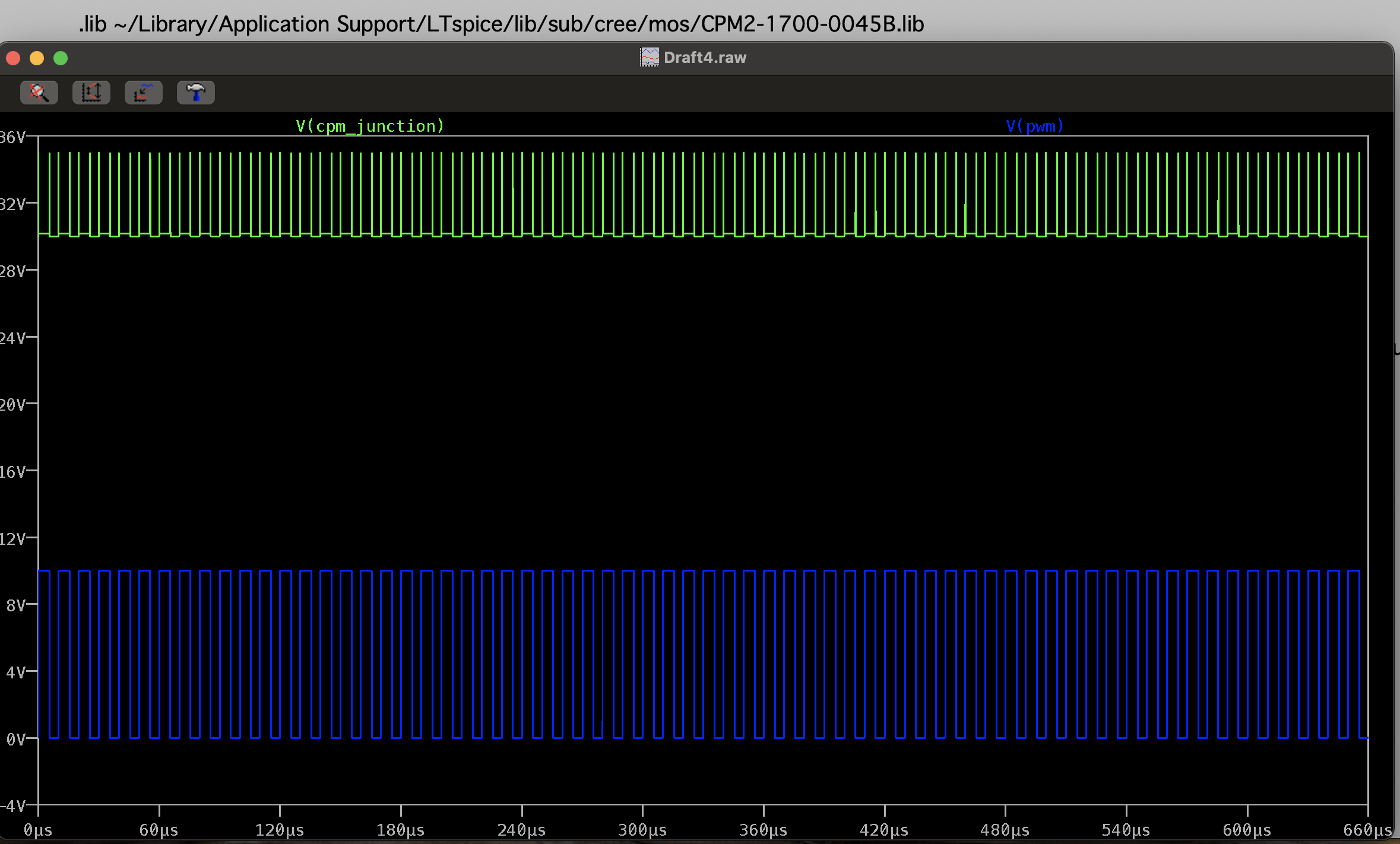 That is the easy part. The heat generated during switching depends on how fast the MOSFET is switching. With at 10 Ohm load and 100 V supply, the peak power will be 250 W, and how long that continues for makes a huge difference to the average heat generated by the MOSFETs.

This means that the heat sink characteristics and how the MOSFETs are switched are generally more important than the RDS(on) as far as the temperature of the MOSFET is concerned.

I don't quite understand how the temperatures are being modeled. It seems that R2 and R4 in your diagrams represent the thermal resistances, but I don't know if the modelling software would also model electric current as well as heat through those.
http://twitter.com/mtrak_uk
Upvote 0 Downvote
C

Thank you for the reply
Upvote 0 Downvote
You must log in or register to reply here.

T
Most Irritating Questions about electronics for me!

Ambient vs Junction Temperature For ICs?

Jun 6, 2006
instruite
I
A
Electronics questions