Please describe what this does...

Attached is a photo of something under the hood of my car.

Could someone please tell me based on the diagram what the little square block with four leads does?

It is a relay, an automotive version according to the standard numbering of the coil/contacts. (85 & 86 are the coil)
SPDT, (single pole double throw).
Max.

Most Helpful Member
What is a relay?
Probably you know but maybe not.
From 87 to 30 there is a switch. It turns some thing on/off.
Between 85 and 86 there is a electronic magnet. (wire around a post) When 12 volts is applied it makes a magnet that pulls the switch closed.

Christian777 said:
Attached is a photo of something under the hood of my car.
Could someone please tell me ..... what is the ..... four leads thing?
Click to expand... 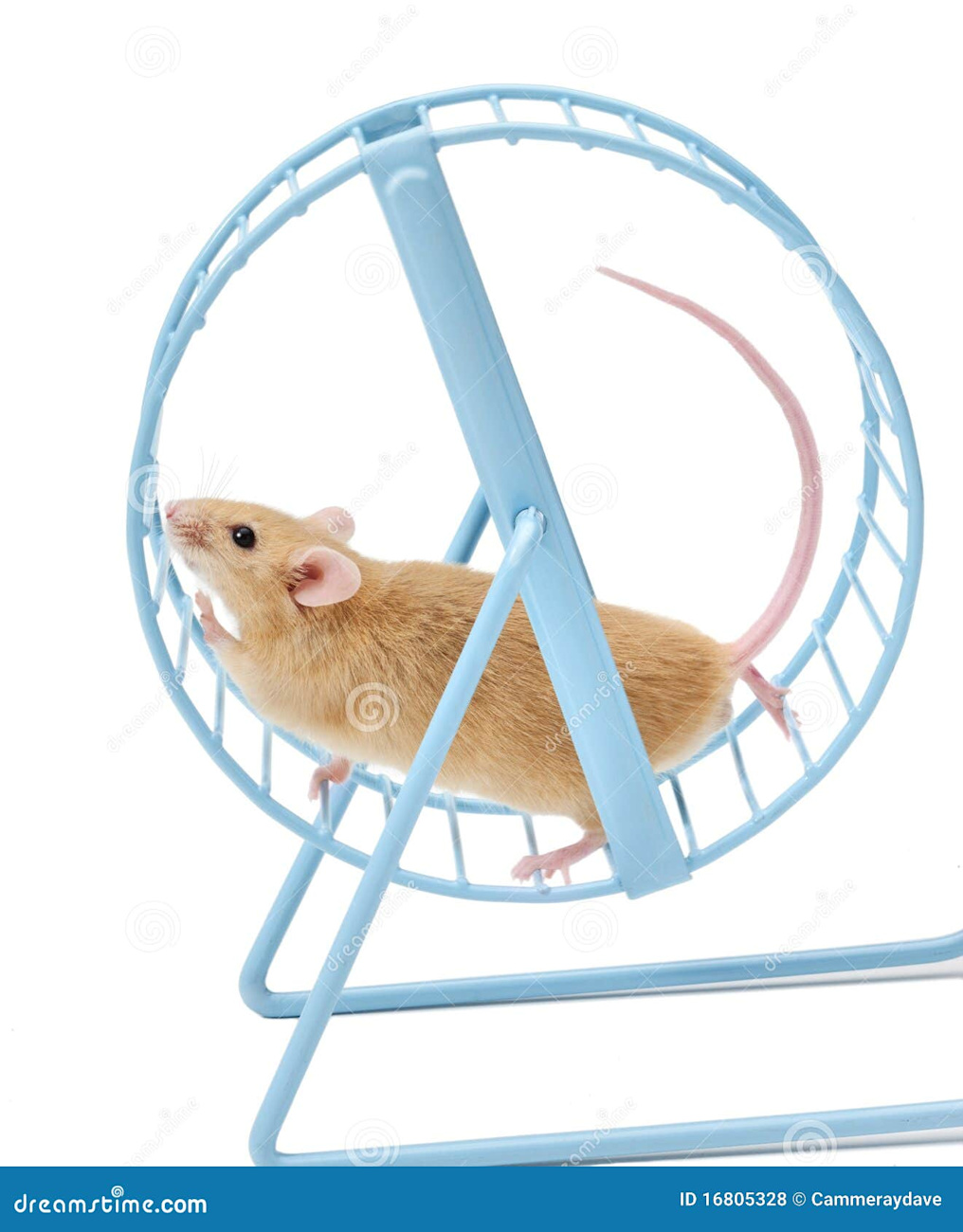 Thanks for your answer.

And Ron, your answer was highly useful too.

What I understand, is if 12 volts or more is applied, then the relay is closed, in affect turning something on (the item wired inline on the other two terminals).

When 12 volts or more is no longer applied, the relay's spring opens the circuit and the inline wired item is turned off.

If that is what you meant, that's perfect. Thank you so much for your help.

You guys are great.

Essentially a magnetically operated switch, as opposed to a manual one for e.g.
Max.

Christian777 said:
...
What I understand, is if 12 volts or more is applied, then the relay is closed, in affect turning something on (the item wired inline on the other two terminals).

When 12 volts or more is no longer applied, the relay's spring opens the circuit and the inline wired item is turned off.
...
Click to expand...

You got it, but there is more.

A relay can be thought of as having current gain; the coil current (a few hundred mA or less) of a 12V automotive sugar-cube relay can switch a 12V load that draws up to 30A. An electronic output from an ECU can switch the headlights, horn, or blower motor...

It can be thought of as having voltage gain; a 5V relay coil can switch an AC-line powered (120Vac to 250Vac) load. A microprocessor can switch a several HP motor (up ~ hundred A)...

There are also applications where relays are used as circuit elements. For example, it common to use a relay as a "latch" (flip-flop), meaning it can "remember" that a momentary pulse "set" it, and that power was interrupted to "reset" it...
I am an engineer and an academic. When I talk about current it flows from positive to negative.
Most of the circuits I post have been simulated with LTSpice. You should breadboard them. If I post
a picture that is too small, click on it, and it will open full size.
C

Well, this is just perfect. See, I have this electric car. I have converted it from gas to electric. It has 12, 6-volt batteries wired in series (72 volts), and a single 12-volt battery that runs the lights and accessories.

According to the wiring diagram, the power comes from the battery array (72 volts) to the key switch, when in the "on" position, it passes to a toggle (run/off) switch, which when set to run, passes power "I believe" to this cube (relay) pictured above.

Until you guys explained this cube thingy, I was baffled. Now I surmise the following:

Because of you guys explanation of the cube thingy, it's all starting to make sense now (I hope).

The looming question has always been, why the Toggle Switch, behind the keyswitch? Is that just so you can listen to the radio, but not have the controller powered up? Why not just have the key switch activate the relay cube? Also, why do we even need the cube relay? And what is the significance of the numbers on the cube relay? Part of this was somewhat answered, at least the 85/86 sort of.

Here is the wiring diagram. As you can see, there is no cube relay, so I was unsure what it was doing. Again, I am no electrical engineer, ha ha, but your explanation was awesome, cuz at least I know what is "probably" happening. But I am still unsure why the relay or Run switch for that matter, is even needed.

Also, I noticed that 12-volt power is brought from the fuse interior fuse block, and I think it just occurred to me why the relay is needed.

The controller, solenoid and rheostat require or at least operate off of 72 volts. The key switch turns on/off power to certain fuse slots on the interior fuse block, in that power is passed to the fuse slot for the radio only when the key switch is on. The "radio" fuse slot, has a fuse in it, that also has spades that tap the power from one side of the fuse (I wish I knew which way this modified power tapper was to be inserted)... maybe on the side where there is no power once the fuse blows, or the other side (constant power) as if not on the constant side, that would shut down everything if that single fuse blew. I guess the constant power side.

Anyway, this power source goes to the Toggle run switch (from the fuse block). And I believe the reason "now I am getting it", that the cube relay is there, is so that 12 volt power can be passed to the cube relay (via the fuse block), which said relay then advances 72 volts to the controller, solenoid, and rheostat.

So, maybe I have answered my own question. And that is, the cube relay is needed to switch the 72 volts, on and off to the various components, while the key switch remains dedicated to turning on and off 12-volt power to the pre-wired accessories governed by the car's existing solenoid. And the only reason for the toggle switch (run/off) is to essentially give the user a means to turn off the controller, while still being able to leave the key switch on to listen to the radio, charge a cell phone, etc.

If I have any of this backwards, by all means correct away. I am just trying to figure out this car, I got, that came with no instruction manual. With your help, you have made it possible. Many thanks, again.

For one, the relay has a 12vdc coil, being a standard automotive type, the diode across the coil is to supress any back emf (spike) when the relay turns off.
In a standard automobile there is a fuse bus that is live all the time, and one that is live in run.
I would assume with an electric vehicle, anything that is not directly connected to motive power is 12vdc.
Max.

Photo of the inside of a automotive relay.
The coil is energized with 12 Volts which can control a bigger load which is switched by the relay contacts.
Ω There are more ways to get to Rome. Ω

Please don't sent me private messages about electrical topics.
The questions asked can be discussed in the open forums, so we all can learn from it or participate in a solution.
http://www.youtube.com/user/RODALCO2007 some interesting electrical stuff to watch.

HI!,
also ther is the reverse protection diode which protects all your expensive electronics when you hook up the battery backwards

but i dont understand, if we established that the controlling circuits are 12v and the motor circuits at 72v, then why is 72v battery feeding to the 12v system (between the fuses in diagram)... maybe the gain is only in amperage values?

along with the relay, the key switch prolly turns on 12v lights and other circuits like radio.... 75volt in a keyhole doesn't sound ideal to me because what would happen if there is a fray in the wire, or some water maybe.... that makes your key live at 75v which is something you dont want to touch when completing a circuit to the chassis

maybe safe idea to check the voltage spec of alltrax controller..... also check out pin4 i bet it works to go in reverse if you put 12v on it ( just a guess though, please note signature!)

Jan 25, 2018
KeepItSimpleStupid
K
L
Anyone know what this connection cover is called?

Nov 25, 2018
LSBoss
L
T
Why Does This Hall Effect Distributor Pickup Only Work When Probed With An LED Test Light???