This can be useful for example, if you want to build a power supply with two different output voltages, such as 5v, along with a higher voltage, such as 10-12V. (The LTspice simulation is shown for a 12Vrms center-tapped transformer).
This minimizes dissipation in the linear regulators and reduces the transformer current requirements.

Of course it should be apparent that the transformer and bridge rectifier must be rated for the sum of the currents from the two outputs.
Typically the transformer should be rated at least 2 times the bridge DC current plus 1.4 times the center-tap DC current.
This is due to the high RMS value of the current pulses charging the output capacitors (true of all rectifier-capacitor supplies).

Note the increased current in the ground diodes of the bridge (ID4 shown) due to it having to carry the sum of the two output currents. 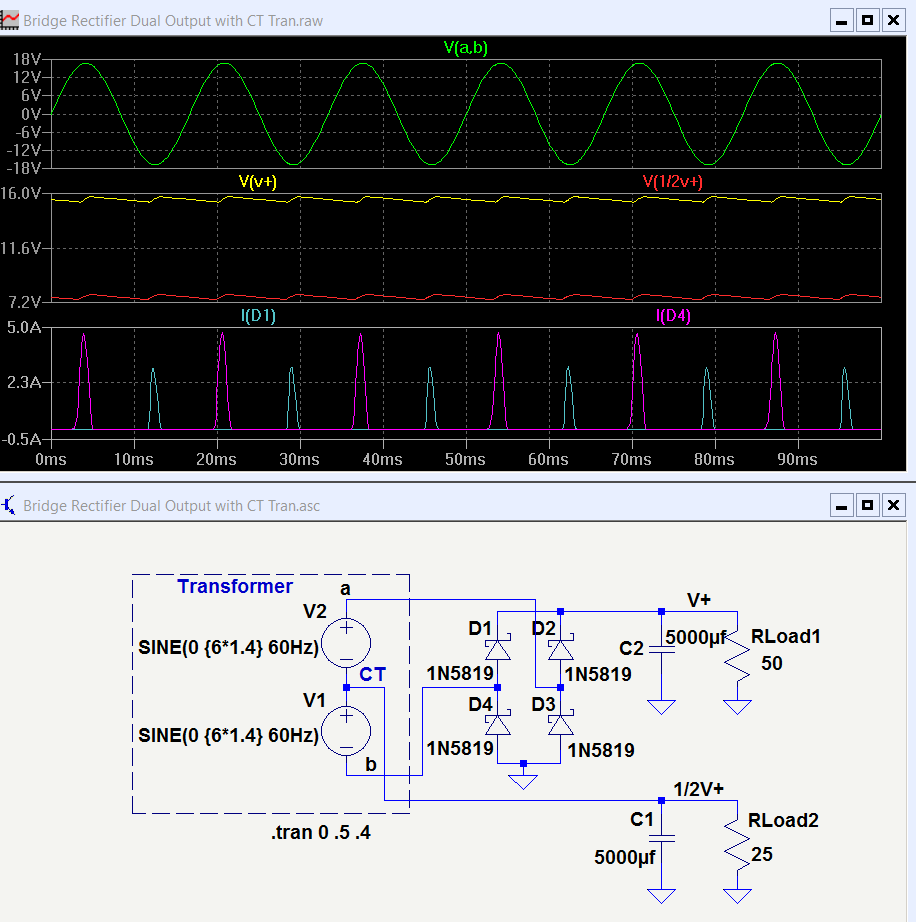