Overview Reviews (1) History Discussion
in order to start the car you have to blow to the sensor having a flowsensor (can be madeform a heated filament when blown the resistance drops and this can be detected. but for test we use condensor MIC) . its also coupled with a alcohol sensor. it is passed through a combinational logic and then a decision is taken whether to turn on / off the engine.

>>the sensor is attached with the lm3914
>>the output is attached to 74147
>>the outputs will get high in bargraph mode
>>it is decoded by 74147
>>its given to 7447 ( 7 segment decoder)
>>the alcohol level is displayed to 7 segment.
>>the lm 741 is used as a flow detector (in place of switch use a condenser MIC)
>>the maximum alcohol level is detected by 3914 and its use to trigger a latch
>>the output is anded with the input from flow sensor.
>> then its passed to a transistor logic for turning on the path to the engine. 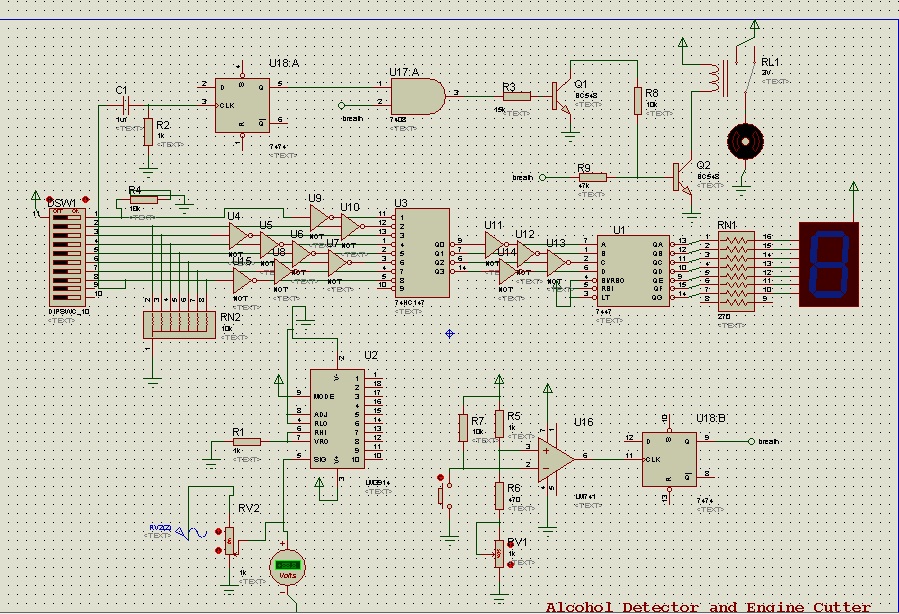 Great Circuit. These should be in every car!
Upvote 0 Downvote
Read more…