Got it working at last!!

Most Helpful Member
For a while now I've been playing with an AD9833 waveform generator board, trying to get it to work with a PIC24F, I based my project on this website:

And while I've got my display working fine, using a smaller LCD than the link and configured how I wanted, and the encoders working fine, I've been unable to get any output at all from the AD9833. I've been fiddling with it off and on for a while now, and presumed my problem was to do with the SPI connection.

Anyway, I've recently bought some Arduino 3.3V Pro Mini's, so thought I'd wire one of those up and use the code direct from the link - but again, everything worked - except the output from the AD9833.

So eventually, I tried a different AD9833 breakout module - and it worked. Tried the old one, didn't work - tried the new one again, did work. So I tried the working one in my 24F setup, worked in that as well!!!!!!

Here's a (poor) picture of the MiniPro version, feeding a little scope: 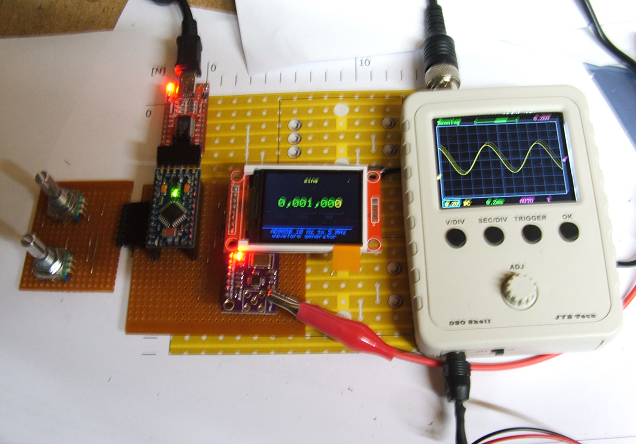 Most Helpful Member
Don't tell me you have succumbed to the Duinovirus? There is no known cure short of rebooting your brain.

jpanhalt said:
Don't tell me you have succumbed to the Duinovirus? There is no known cure short of rebooting your brain.
Click to expand...

But to be fair, I quite like the ProMini, nice small form factor and easy to use.
PIC programmer software, and PIC Tutorials at:
http://www.winpicprog.co.uk 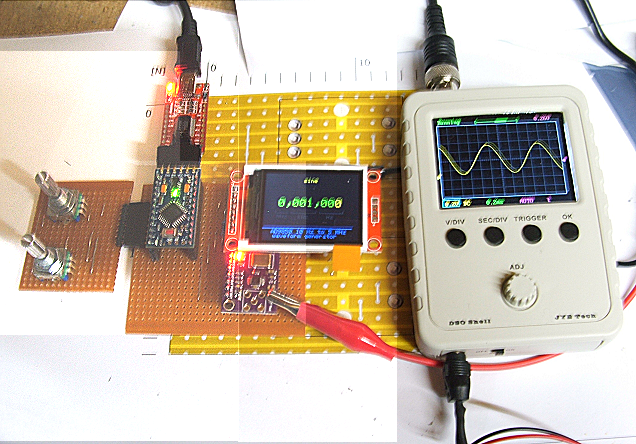 Last edited: Oct 4, 2017
Eric " Good enough is Perfect ", good enough means it meets the Clients specification.!
Please do NOT PM me with technical questions, use the Forums
http://www.winpicprog.co.uk

Forum Supporter
Most Helpful Member
I like that "Pro mini" but they have retired it... Is there another in the pipeline?
I'd give my left arm to be ambidextrous
Nigel's tutorials in asm... http://www.winpicprog.co.uk/
Nigel's tutorials.. re-written in C. http://www.electro-tech-online.com/content/467-nigel-goodwin-s-tutorials-c.html

Ian Rogers said:
I like that "Pro mini" but they have retired it... Is there another in the pipeline?
Click to expand...

No idea, but mine are just Chinese clones anyway
PIC programmer software, and PIC Tutorials at:
http://www.winpicprog.co.uk

Most Helpful Member
OK, having been given some pain about the Arduino , here's the PIC version running: 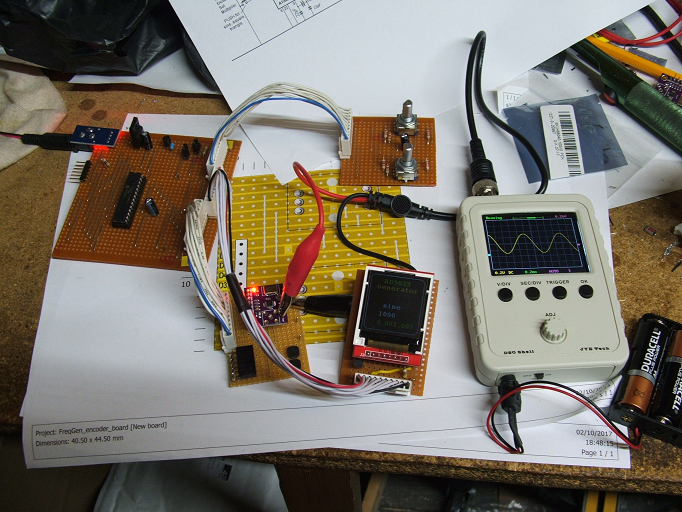 Notice this is using a smaller display.
PIC programmer software, and PIC Tutorials at:
http://www.winpicprog.co.uk

Well it happened, I got banned at D_DIY

Last Friday I got my Christmas present
2

I bought a new phone at last

He's at it again

Google's at it again.