Explain how this circuit can actually work?

I have been holding off building this circuit it seems like a waste of time. Current takes the path of less resistance, current will go out both choke coils at the same time. Am I wrong? What am I missing? 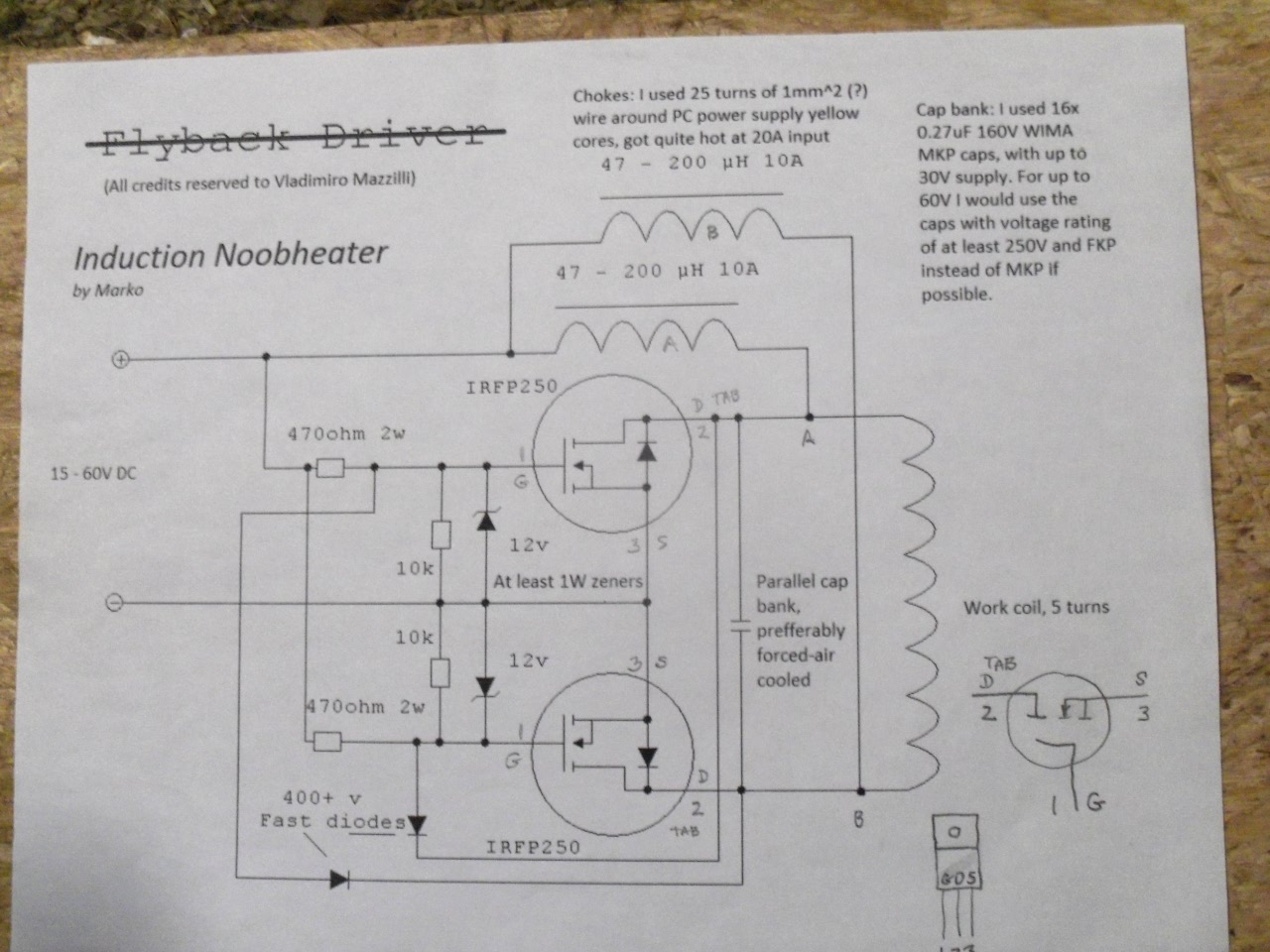 Sort by date Sort by votes

Most Helpful Member
I'd expect it to probably be less effective and less efficient than a centre tap plus single choke one, but otherwise operate in a fairly similar way.

The choke / chokes are AC limiting and commutation; in this version at least each has an alternating voltage across it once oscillation starts, so saturation should not be as bad.

If you think about it, until the centre tap version starts oscillating [assuming it does] the current is divided both ways from the centre tap to the two sides of the oscillator.

I don't trust any of that general style to work really well, as both FETs will be partly on at each changeover, so taking more current than needed. That's why the choke is there, to limit the power dissipation during the brief crossover current spikes.
Upvote 0 Downvote

Most Helpful Member
Coil A and coil B (more or less) makes a center tap on the transformer.
Upvote 0 Downvote

Most Helpful Member
I think the big clue from that schematic is "noob heater". "

No parasitic values, no DCR values, no p/n or BOM list, no layout: I suggest " Not recommended as shown.


The cross-coupled feedback gate commutation with Vcc to centre tap is the preferred method.

But if you want to create ozone arcs ... http://boginjr.com/electronics/hv/zvs/
Last edited: Oct 31, 2022
Upvote 0 Downvote
You must log in or register to reply here.

Someone please explain how this BMS board is supposed to work?

How do shocking toys work?

How many volts will this transformer configuration produce?

How can this be? Li-Ion brought back from 0.1v to full power and working strong?