Have been trying the Arduino Example BasicOTA with both an ESP32DevKIt and NodeMCU-32S modules but get the same failure.

The Code runs fine and provides the web address, different for each module, but when we try and upload the user code we just get the "No Response" message.

We have been able to run the SimpleWifiServer sketch on both boards and flash the led on and off from Firefox so seems the actual router to ESP Wifi is working.

Just not sure why its not connecting with the BasicOTA routine ?

Also noticed that RandomNerds mention in their OTA examples that they had little success with the BasicOTA and do not feature it, though no details given ? 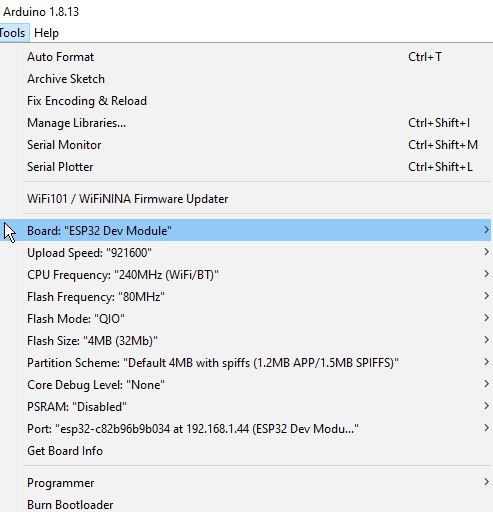 Well got to to work ok by turning off Windows10 Defenders Firewall so thats was the cause, but would appreciate some guidance on how to know which Port (?) the Arduino IDE is trying to use and how we can update W10 Defender to let it through without disabling the whole Firewall ?

Also as mentioned in our last post, is this BasicOTA routine a good one to use ? or should we be looing at the more complicated OTA Web Updater routine ?
Upvote 0 Downvote

how we can update W10 Defender to let it through without disabling the whole Firewall ?
Click to expand...

Add an exclusion to Windows Security

Find out how to stop Windows Security from alerting you about or blocking a trusted file, file type, or process, by adding it to the exclusions list.


Regards, Dana.
Upvote 0 Downvote
You must log in or register to reply here.