Anyone ever come across a relay that doesn't seem right? 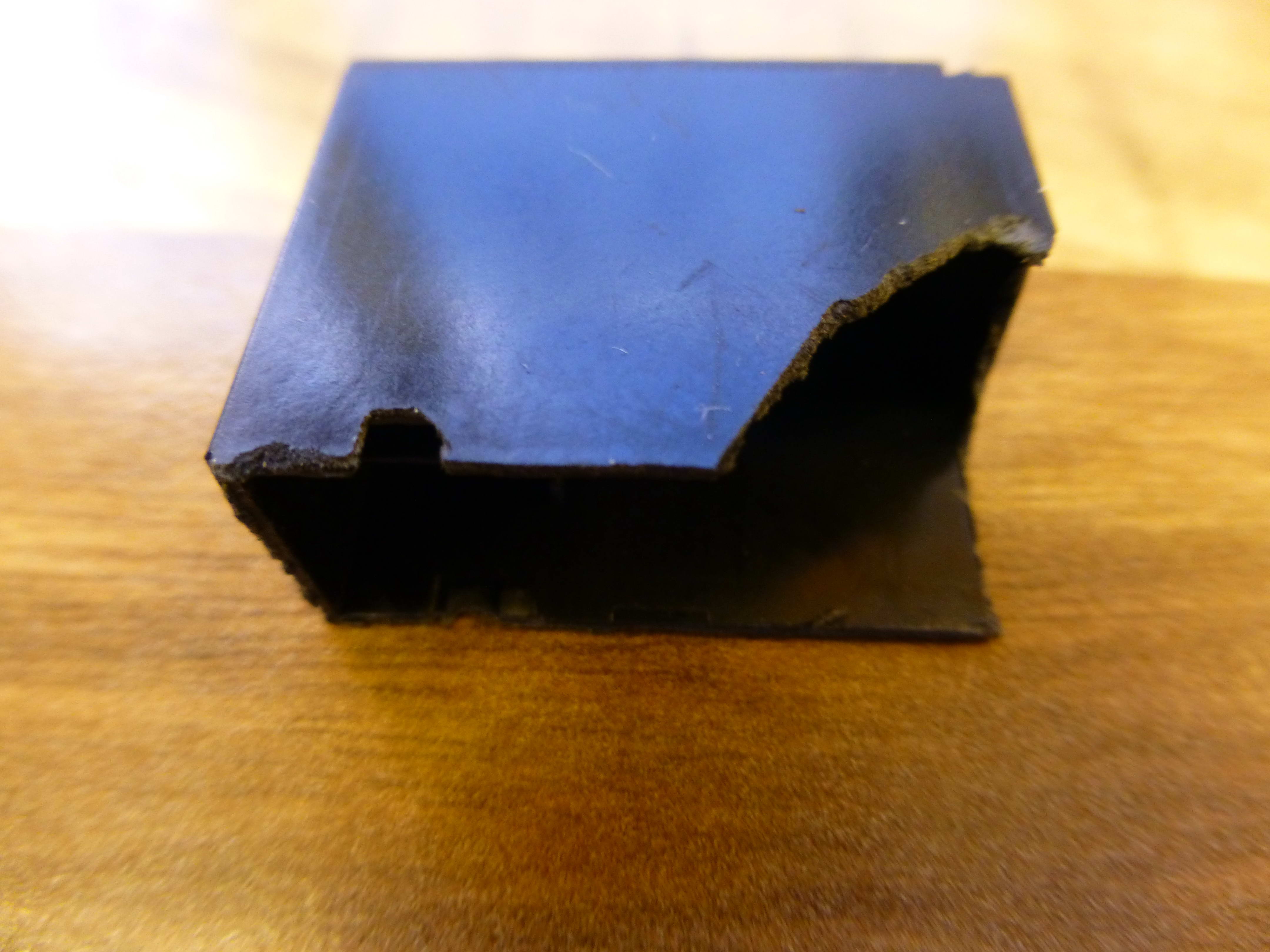 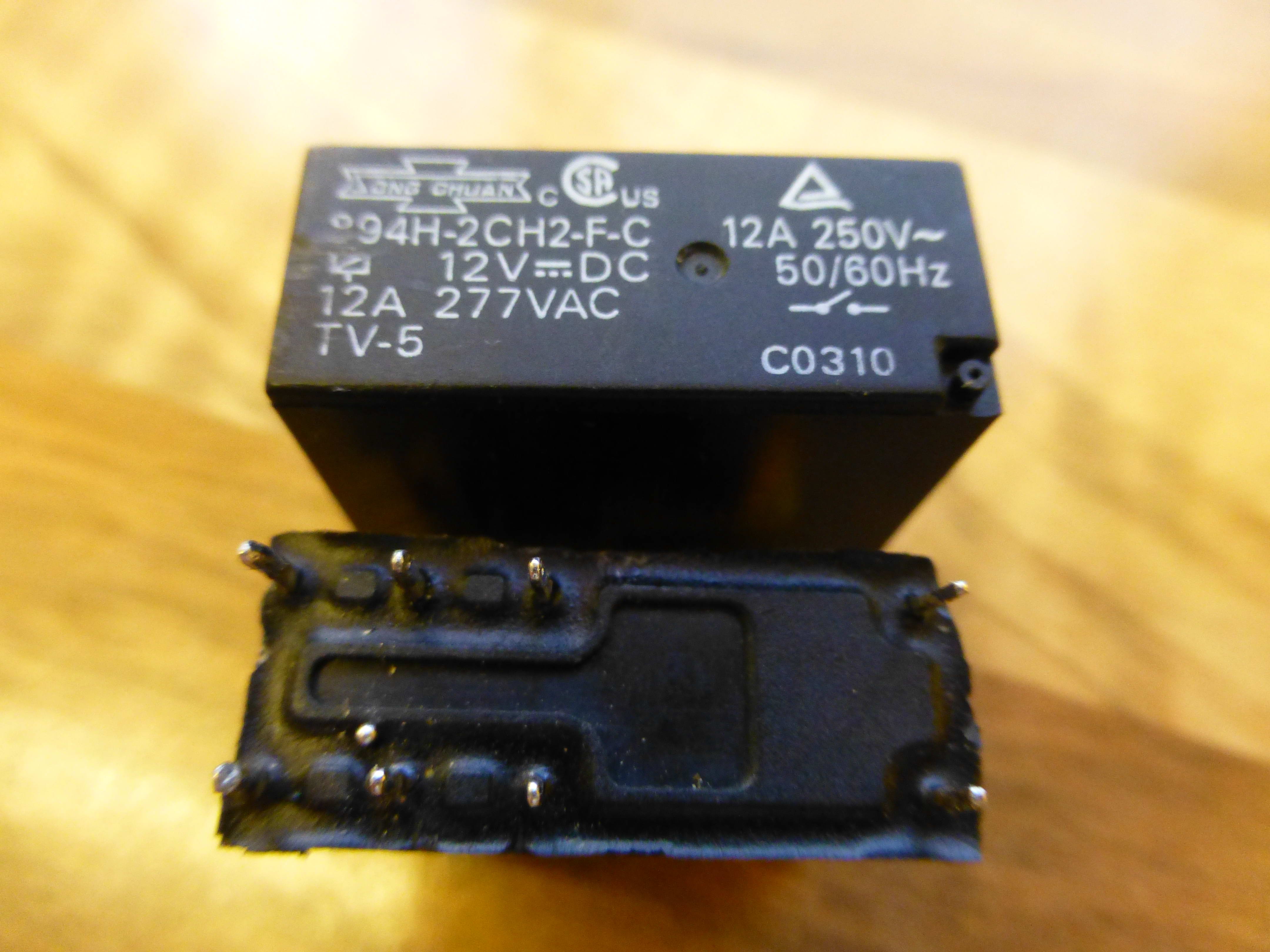 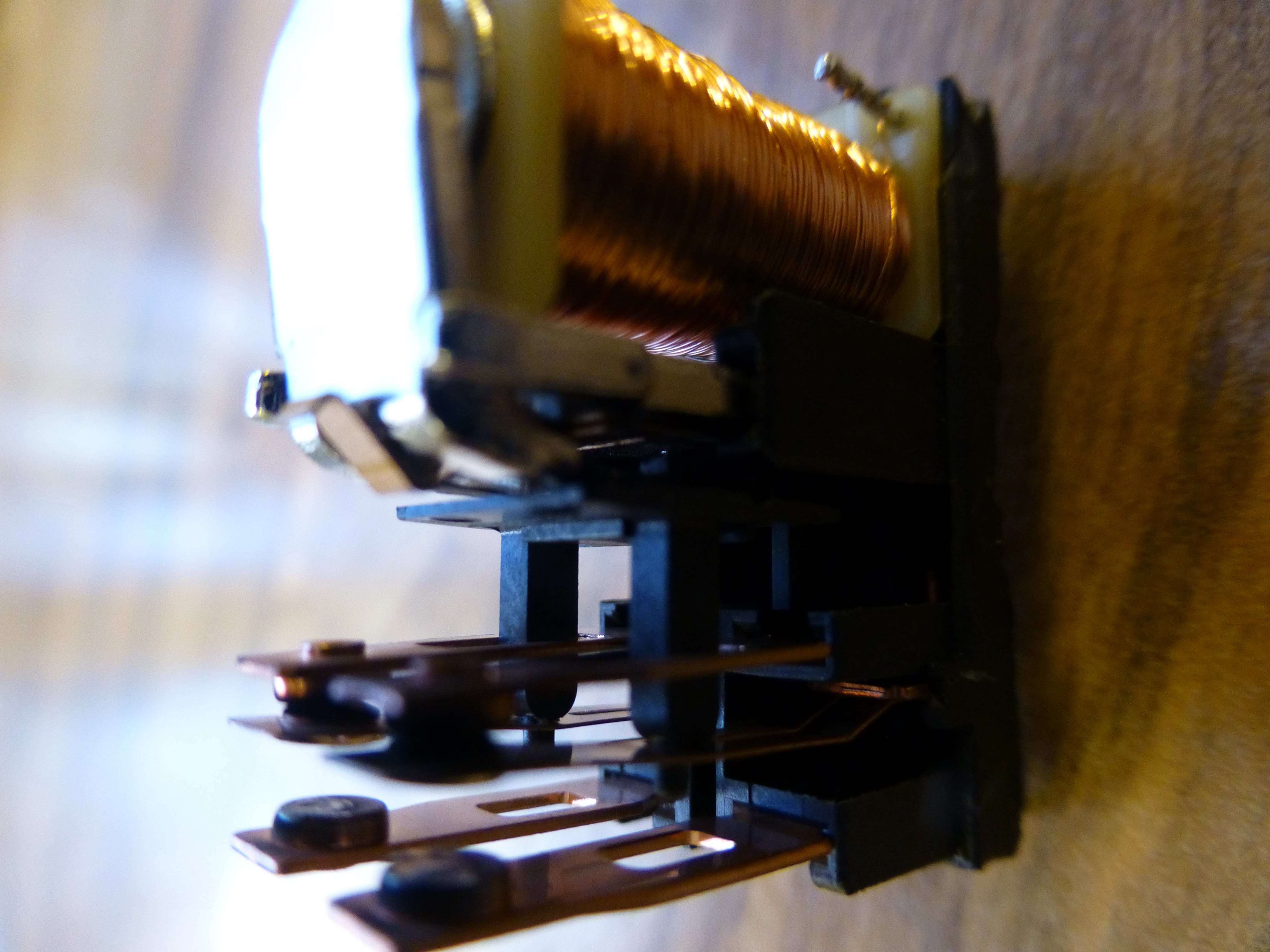 Hi to Eric and all,

I was just doing a rush job for my son and it involved turning on two appliances after a delay. I knocked together a 555 circuit, well a pair of them actually and tagged on a suitable supply.

All seemed well and the LEDs I fitted on the timers were coming on as expected and all was behaving well. Next I went back to my parts box and grabbed two suitably large (12A 277vac) eight pin relays, similar to the type I have used many times before and hooked them up to the timers. Before doing that I had tested the pins and discovered the normally closed contacts so I could use the other ones which must be N/O.

Get it all connected on the board and whoopee! The on LEDs light as they should and there is that lovely click of a relay with each one. Success!

Nope! Nothing across the N/O contacts at all (I have both sides commoned for the sake of better contact life) so I think I must be going strange(r) and I got the wrong pair hooked up. Ok no big deal and I test again but this time with power to the relays and I got a surprise, nothing between what I assumed must be the N/O contacts and the commons energised or not. There is no connection at all between any other pins and the ones I had used.

After giving up on them and swapping them for a different type (only six pins on these) which are normally open and the project worked out ok I decided to open one of the strange relays. this was a bit difficult as they are the glued on type but I got in with no internal damage to the relays or losing any finger skin.

The contacts were there! The only thing is that the common sections contacts could not reach them! After a bit of bending of the N/O contacts I can now use all the pins as I first expected. Can anyone understand the reasoning involved in making a relay with the contacts available but not allowing them to be used? I can't work out why they would design such a device.

Well I hope someone enjoyed this tale and can take snaps of the relays if anyone is interested, let me know. thanks for reading this.

Perhaps they were rejects that found there way onto the grey market, did you buy them from Ebay far east ? many fakes and rejects there!

Most Helpful Member
Curious.
A picture would be good to look at if you can take one.
JimB
Experience is directly proportional to the value of the equipment ruined.

Happily retired and playing with my big boys toys every day.
B

Hi Guys, Pics as promised, please excuse the double one. It just happened!

BTW I cant say where they came from, they could have been in my box for years from new or even pulled from something in the past.
Last edited: Jul 19, 2016
I am an insomniac, but I don't lose sleep over it!

Most Helpful Member
My wild guess, in pictures.

Happily retired and playing with my big boys toys every day.
B

Hi Jim, High temperatures caused by me rushing to get the buggers off! hehe

Al
I am an insomniac, but I don't lose sleep over it!

Most Helpful Member
Incidentally, the little 'pip' in the top corner of the relay has to be snapped off after installation, this is a vent cover in cases where the board is coated first on assembly.
Max.
B

MaxHeadRoom78 said:
Incidentally, the little 'pip' in the top corner of the relay has to be snapped off after installation, this is a vent cover in cases where the board is coated first on assembly.
Max.
Click to expand...

Hi Max, The vents are open holes so maybe they had something above them that was snapped off? It does point to them being reclaimed by me at some earlier time though if that's the case. Interesting fact though. I love finding stuff out like that. Good info mate.

Al
I am an insomniac, but I don't lose sleep over it!

Those relays were probably used before and overheated by unsoldering from the board.
The plastic support has melted a little bit and contacts shifted out of alignment.
Or overloaded, and heat from the current flowing through the contacts caused the plastic to melt.
Those pins are tiny to carry 12 Amps, especially if they were not soldered in properly.
Ω There are more ways to get to Rome. Ω

Please don't sent me private messages about electrical topics.
The questions asked can be discussed in the open forums, so we all can learn from it or participate in a solution.
http://www.youtube.com/user/RODALCO2007 some interesting electrical stuff to watch.

Most Helpful Member
Maybe they were some kind of force guided contact relays, even so they should still work.
I managed to blow a project up, I used an 8 pin relay that I thought was double pole, it was a single pole, and each of the poles pins was connected to the other internally, applying 240v to my pic micro.
Red to black, black to red and blue to bits.

dr pepper said:
I managed to blow a project up, I used an 8 pin relay that I thought was double pole, it was a single pole, and each of the poles pins was connected to the other internally, applying 240v to my pic micro.
Click to expand...

Years ago when I was a service tech at a local welding supply chain store I came across a similar 'as built flaw' in some power contactors I ordered.

They had the normal input side lugs and output side lugs but underneath the output side lugs they had a solid copper buss bar that shorted all three phases together. Not something you normally look for on what you are assuming to be a factory direct replacement part.

Yea try closing one of those when you're running off a 480 VAC three phase 60 amp line set once. Those 40 amp contacts didn't stand a chance.
Last edited: Jul 20, 2016
"What can you do to communicate better? If you think being a proud smug snarky know it all fool is it, you have already ruined the constructive aspects of the conversation and your credibility before anything ever got moving." tcmtech.

Most Helpful Member
That sounds as though it was intended to be used as the 'star' contactor for a star/delta starter.
In my apprenticeship I learned a neat trick, you could start a motor to test it by shoving its contactor in with a 'driver, I accidentally tried shoving a star contactor in while the motor was in delta, never done it since.
Red to black, black to red and blue to bits.
S

Most Helpful Member
Dr Pepper, that is most likely the best explanation.

K
Relay problem that doesn't make any sense (for me)

I
anyone ever see philadelphia experiment?