A viewer for surface mount components

Most Helpful Member
This post is more of a show and tell, rather than a request for help.

Getting older and having eyes which don't work as well as they used to when viewing small components close up, something had to be done.
Having built a couple of small boards using surface mount components, using a small hand lens to examine every joint as I made it to ensure that I had put the component in the correct place and poked the soldering iron in the right place, was a bit tiresome.

My idea was to have a camera which could look at a whole board and zoom in to any part to do close up work. I had considered various options based on optical microscopes, USB cameras and microscopes, but never found anything which appealed to me.

Earlier this year while visiting the HamRadio exhibition in Friedrichshafen in Germany, I found a guy selling bare video camera modules which gave a good image and had good control of the zoom functions via a couple of buttons on the side of the module and had auto focus.
Not only that, but the camera could be controlled via a serial link (USB) from a PC or laptop. The scope of adjustments available from the PC was very comprehensive, but not essential for what I wanted to achieve.
The downside to this camera module was that its output was composite video via an RCA type phono plug, not nice friendly VGA which would connect into the average computer monitor. But suitable adaptors are available surely? So I bought the camera module for a Fist Full of Euros and brought it home.

As part of another project (a CNC Milling Machine) I wanted a VGA monitor for the CNC PC, so I visited the local car boot sale one Sunday morning and bought two monitors for £4 each, both turned out to be in good working order so the CNC project was happy and I had a monitor for the microscope project.

Scouring through EBay I found a suitable video converter, the advert said that it converts all sorts of formats to VGA, so I bought one and connected everything up and it all worked a treat.
However, the whole thing was a bit of a mess with different plugs and connectors etc, it needed tidying up.

The camera module came with a wall wart PSU, but it had a two pin European plug and needed an adaptor for the UK mains sockets.
The video converter had a wall wart PSU, although built to plug into a UK mains socket it was of very "Chinese" construction and did not fit very well and felt awful when plugging in.
The monitor used the standard IEC mains lead, no problem.
So all in all it needed three mains outlets to power the thing, rather wasteful on a busy desk/bench.
Some re-configuration was needed, and when it was all put it all together it looked like this:

A one mains plug solution, all the converters and power supplies are mounted on the back of the monitor.
The stand which holds the camera started life as a bench stand for a power drill. A cheap one from Lidl. When I bought it many years ago, I had no intention of using it as a drill stand, but knew that it would come in handy for some other purpose in the future. And here we are back in the future!

Looking on the back of the monitor:

The blue box on the left hand side of the picture is a dual power supply, 12v for the camera, 5v for the video converter.
This is a PSU which is on its third incarnation, the red/black connectors serve no function in this application. Power cables for the converter and camera come out via the bottom panel of the PSU.
The incoming mains supply enters the PSU via the bottom panel and also exits via a short IEC cable to provide power to the monitor, thus achieving a single mains plug solution for the incoming power.

The video converter is on the right hand side of the picture.
The VGA cable which came with the module was about 1 metre long. I did not want to bundle the spare cable, so I cut it and shortened it, you can see the join in the middle of the cable, covered in heatshrink sleeve.

As bought, the monitor had a complicated stand. The fancy spring loaded height adjustment mechanism was a complete pain, so I removed it and bolted the monitor mounting frame directly to the base. There is a small amount of adjustable tilt to the monitor, the bolt is not all that tight.

The PSU and video converter are mounted on to the back of the monitor using self tapping screws into the plastic case.

So that is what I have assembled in the past few days.

Problems and improvements.
The camera module is obviously a bare unit without and outer case, at some time it would be a good idea to make a simple housing for it.
As it stands the power for the camera is "hard wired" and needs a screwdriver to separate the monitor assembly from the camera stand to make it easier to move around, so some power connector for the 12v camera supply needs to be fitted sooner rather than later. 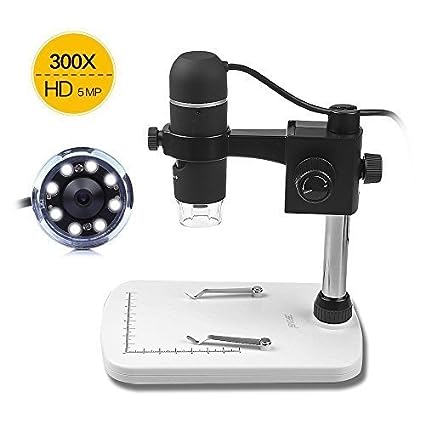 I have something like this. (slightly different)
USB microscope.

jpanhalt said:
What is the lag time while manipulating under the camera?
Click to expand...

To the human eye (well the JimB eye anyway) it is instant, no delay at all.

That is a work of art, I love it. I need something like that. Great work Jim
I find that I am probably feeling bored if I am not feeling stupid. So revel in the ride! It means your learning something.
Dave Van Ess, The PSoC Guy

jpanhalt said:
What is the lag time while manipulating under the camera?
Click to expand... 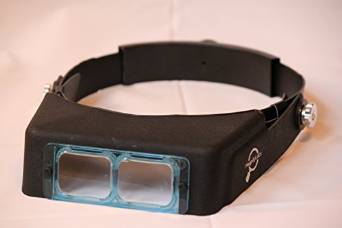 I have some of these. The delay is good! lol

15 years of wearing one of these leaves a permanent band across the forehead.

I was going to retire when I could no longer see the color code on resistors. They do not come with color code now. What to do?

Forum Supporter
Most Helpful Member
Mr RB did a cracking one about a year and a half ago...

Its on his site.. https://www.romanblack.com/VGA_microscope/VGAmic.htm

Yes! I was about to comment that. Is that real Jim?

Integrating things for varied origin seems to take space always.
Agustín Tomás
In theory, there is no difference between theory and practice. In practice, however, there is.