Overview History Discussion
To manufacture resistors (or other components like capacitors) of every possible value would be impractical, instead they are made in a range of ‘Common Values’. The standard was created by Electronic Industries Association (EIA) and is often referred to as the “E” series. This series is broken into different tolerances:

The number following the "E" specifies the number of logarithmic steps per decade and each step is the difference by tolerance (%). Below is the complete list of values for series E6 through to E192 (which are still being manufactured): 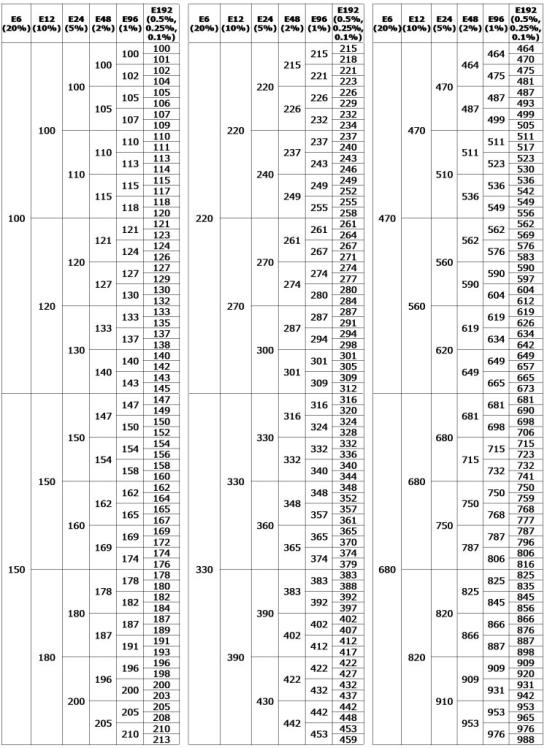